A thirty year old gem that has been dragged back kicking and screaming to show how thrash metal should be delivered.

Thrash metal classics should be short, sharp and straight to the point. Slayer proved this with the 1986 release of Reign In Blood at just under the half an hour mark but Los Angeles based did it a year earlier with their debut Vicious Attack. The album has been re-issued by Marquee Records but was originally put out by Combat Records after being discovered by Metal Blade Records who featured album opener ‘Screams From The Grave’ on their compilation series Metal Massacre IV albums. Subsequent radio airplay got them bigger gigs but they unfortunately split up in 1988.

A warts and all production add to the intensity as ‘Screams From The Grave’ takes no prisoners with its heads down, race to the finish line thrash grooves topped off by the Rob Halford like screams of Steve Gaines. Other highlights are the title track as the pace shifts down a gear with bass guitar dominated thrash and a surprisingly catchy chorus amongst all the mayhem. Following a ‘Phantom Of The Opera’ like intro, ‘The Enemy’ speeds along like a faster version Metallica’s   ‘Trapped Under Ice’.

If you are going to cover a Motorhead number then you have to give it justice and Abattoir’s run through of ‘Ace Of Spades’ is given a frenetic run through to say the least. The riffs and fills by guitarists Juan Garcia and Mark Caro are given some serious competition by the drum assault from Robert Wayne. ‘Don’t Walk Alone’ is chock full of demolition ball destroying rhythms with another glass shattering vocal delivery.

Closing track and my personal favourite is ‘Game Of Death’, the strongest and longest track clocking in at the five minute mark. It is a rollercoaster ride of time changes, highlighted by a slow, headbanging midsection which shifts into overdrive before returning to the main riff.

Abattoir band line up for the album :-

Screams From The Grave.

The Living And The Dead.

A thirty year old gem that has been dragged back kicking and screaming to show how thrash metal should be delivered.
Share 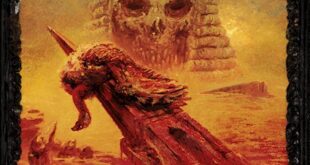 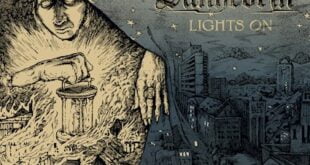 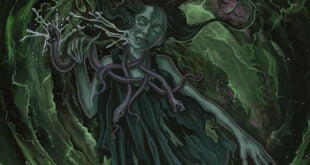