As the title suggests this is this Danish Death Metal band’s 7th album. Panzerchrist have been doing the rounds since 1993 and whilst not as prolific as some; their less is more approach when releasing albums works.  The band is a revolving door of musicians but has at one point or other featured members of acts such as Illdisposed, Vile and Exmortem amongst others. Panzerchrist have always been reliable in the brutal death metal stakes and this album is no different. The initial listen sent me into a panic as I felt that the guitar melodies on some of the tracks were tending to lean too much towards the light side. On further investigation and thought, it became apparent that was somewhat short sighted. This style of death metal needs these melodic guitar passages to break up the relentless pummelling that these guys dish out. The most obvious point of reference is the later releases from Vital Remains, which have these elements. The bands war laced barrage gives visions of artillery divisions charging cities leaving devastation in their wake. Opening track “Panzer the 7th Division” gives a somewhat false impression of the band if this is your first contact with them, mid paced death metal with lashings of tapping solos. It is not until “In the Name of Massacration” that this adjusted formula gets lifted with great passages of blasts and some truly frightening double bass with shredding solos. Twenty years down the line and still having the fire to release an album of such ferocity is truly remarkable and must be commended. This is old school death metal with modern production values which works well and will give even the most picky Death Metal student something to windmill about. I would recommend delving into the back catalogue to records such as “Room Service” and “Soul Collector” for something more brutal and less polished whilst retaining all the skill of this record.

Old enough to know better. I have been a metalhead for a long time, I am a lifelong collector of vinyl and cds, the more the better.
Previous Monster Magnet – The Fleece, Bristol, Sunday 4th August 2013
Next Headbangers Balls – Manchester Club Academy, 03/08/2013 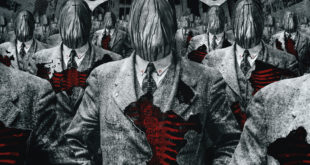 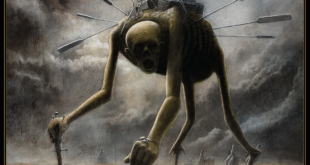 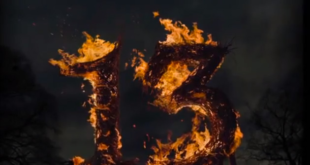 How These Metal Bands Got Their Names