It was irresistible to review this former Cleveland (Ohio) band’s latest release, as part of my PlanetMosh debut. Beginning in 1988, Integrity purveyed a kind of raw hardcore punk to local audiences. First signed to Victory Records, Dwid and his band began to release their music to the masses, prior to the Internet age. Lineup instability plagued the band, so they remained in relative obscurity, despite releasing a steady stream of split 7″‘s, and at least two furious albums. Still a formidable force within this genre they helped to found, Integrity are back with their latest Indie Recordings offering, Black Heksen Rise.

This 7″ consists of 2 tunes that the band reworked for their Indie Recordings debut: “Black Heksen Rise” and “Waiting For The Sun (To Burn Out My Eyes)”.

The album begins on Side A with “Black Heksen Rise”. The song opens with some neat guitar ‘two handed tapping’ lick, and it quickly resolves to melodic, relaxed tempo, heavily distorted riffage. Overall, the music is very melodic, and this is juxtaposed with screaming, raw vocals. Occasional breaks to a cleaner guitar sound refresh our ears as we await the next salvo. It presents a dark, melancholy, doom-reminiscent string of ideas. As the song builds, the tempo comes up, as well as the guitar work and vocal intensity. It’s really interesting because it seems to present an entirely new direction for heavy music to probe… that being the subgenre ‘Holy Terror’, of which Integrity is a cornerstone founder.

Side B of this 7″, containing the tune “Waiting For The Sun (To Burn Out My Eyes)”, also begins in an unassuming, mellow way with a ‘clean’ acoustic guitar tone, overlaid with some sort of grating vocal, used seemingly more as an effect or texture… (it’s almost inaudible, and it’s got a ton of breakup or distortion added, sounding almost like a breeze at times). The breakup resolves to a traditional hateful distorted hardcore punk sound, a very driving, unrelenting tempoed riff, with abrasive vocals. It’s a much more thrashy, aggressive tune. They don’t abandon melody, so it remains engaging. The song ends with more of that interesting finger tapping from Side A… and then “it’s over, folks”.

That’s the problem with 7″ and singles, they’re over so soon! This release brings out a small taste of what Integrity has to offer… it whet our palates, giving us some anticipation as to ‘what might come next’. Criticism: The lyrics have a message, but they’re unintelligible to most. That could be deliberate (it’s very common in all forms of metal!) and it’s not necessarily a negative – it does keep the listener more rapt then if every word was delivered to their ears on a silver platter. To give you an idea of what the lyrics might cover, here’s a quip from their ‘bio’: “Lyrically, Integrity’s sometimes heady subject matter delved into religion, the occult and human atrocities, and became focused into a kind of artistic ideology that christened “Holy Terror”, a term that would become almost synonymous with their savage metallic attack and terminally grim outlook.”.

Production, mix, and sound quality is good, especially for what appears to be at least partially a ‘digital’ release. Normally, perhaps one review per 100 fans is expected, if the artist is both fortunate and has a good promotional campaign in place. This 7″ vinyl disc, limited to 500 copies, seems to have garnered quite a few reviews, highlighting an undercurrent: if that ratio continues to hold, there are more then 500 copies extant. The songs are good, and melodic. Dissonance is fine – music is an art, and dissonance is another tool within the palette to get ideas across. It’s just as valid as melody. If you prefer the more melodic ‘catchy’ material, this disc might be a pleasure to your ears.

Track Listing:
Black Heksen Rise
Waiting For The Sun (To Burn Out My Eyes) 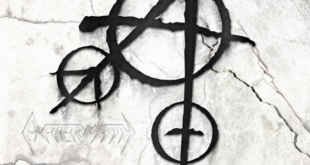 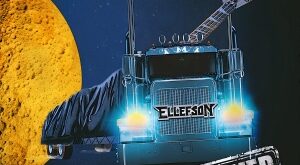 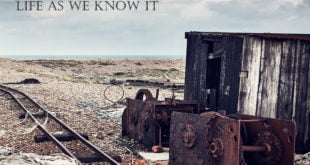 StoneWire – Life As We Know It