New comers Adorned Brood certainly are not, having been trailblazing their brand of Folk Metal before anyone else knew what Folk Metal was. ‘Kuningaz’ is the bands debut release for German label Massacre Records and in some ways encompasses the bands 20 year existence in a nutshell.
Although the album is without doubt a Metal driven album, what stood out for me was the bands cunning ability to diversify and change the tempo with each track, primarily led by the wonderful flute playing of Anne Jepsen which, ok , may not be unique in today’s Folk Metal genre but what is notable is the fact that this band do it better than most, no half hearted attempts or album fillers here.
Album opener ’Einkehr’, a very atmospheric instrumental, sets the scene really well, conjuring images of far off Viking lands draped in eerie mists, where Eagles soar and much polishing of helmets takes place before we launch into the title track, a storming six minutes plus of glorious Enisferum tinged Pagan Metal, bassist and vocalist Markus Frost managing to belt out some razor sharp vocals along the way.
Where I find Adorned Brood different to many others in this particular genre is in the fact that they haven’t relied solely on the speedy riff mentality of some but are able to throw in some really good ’proper’ guitar solos and still mix it all up with the traditional Pagan/Folk sound, which after all they themselves have pioneered over many years anyway.
‘Victory Or Valhall’ is a great example of the bands sound, uncompromising, fast paced, diverse and backed with some thunderous drum beats that make it a thoroughly addictive listen. The wonderfully titled ’Men!’ with its battleground sound intro is a true Battle Metal anthem, the haunting flute led instrumental ’Munin’ provides a moment of reflective thought before launching into ’A War Poem’, a hard hitting epic track, with so many twists and turns you’ll be left dizzy. The album ends with another anthemic, marching masterpiece ’We Are Legion’, although if you do end up purchasing the Digipak version of the album then you will be treated to a re working of one of the bands older songs, ’Totenmarsch’.
I must confess to not being a huge fan of the Pagan/Folk Metal scene in general, however, this album will and has converted even the most cynical of cynics, by the simple fact that it is as diverse as it is good. 50 plus minutes of quality, well performed and produced, galloping Metal that you will find very hard indeed not to like.

Rock/Metal junkie living in beautiful Anglesey.Love live music and have a musical taste which can go from Cannibal Corpse to Kate Bush in the blink of an eye.
@https://twitter.com/simonbower3
Previous Stratovarius – Unbreakable
Next Francesco Marras – Black sheep 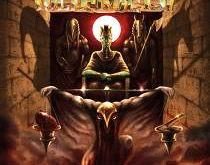 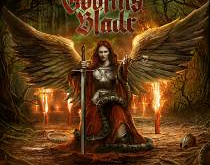 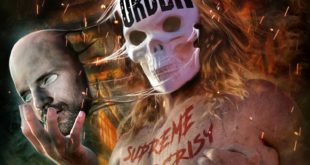