Quite why a French duo decided to name themselves after the capital of Mongolia is anyone’s guess, but over twenty years later Ulan Bator are still going strong, even if founding bass player Olivier Manchion left at the turn of the milennium. Remaining member Amaury Cambuzat has valiantly continued on though, and March sees the release of their tenth studio album ‘Abracadabra’ via the band’s own Acid Cobra Records, available now to stream on the band’s Bandcamp page.

Make no mistake, this is certainly not for everyone – it’s loud and quite a cacophony of noise at times, and even though there is melody, the changes in tempo and time signatures mean it’s not music you can follow easily. It’s also a very dark and bleak record, with fuzzy guitars and drawn out chords. However, if you’re the sort of person who enjoys the work of Nick Cave and Mike Patton’s various projects, and can take the time to listen to an album and carefully dissect it, then this is certainly something you could get behind and enjoy. Cambuzat himself sounds like a French Till Lindemann, his deep, silky vocals one of the few constants on the record and, aside from the Pink Floyd-tinged Saint Mars, sung entirely in his mother tongue. He is complimented by Nathalie Forget on the ondes martenot – a theremin/keyboard cross that produces eerie, psychedelic notes and yet remains utterly compelling at the same time, especially during the omnious Coeurrida. Elsewhere, Luca Andriola’s pounding drums drive Radiant Utopia along – easily the heaviest track on the album – and Diego Vinciarelli is allowed to turn his bass up and chip in with the odd overdrive line here and there, such as on Golden Down. It might be Cambuzat’s band, but this certainly feels like a group effort in the biggest sense. Whilst we cannot shy away from the fact that this is very obscure and isn’t going to make Ulan Bator a household name outside of their native country any time soon, it’s certainly an interesting listen if you give it half a chance.

PlanetMosh's resident Iron Maiden fanboy and Mr. Babymetal. Also appreciates the music of Pink Floyd, Rammstein, Nightwish, Avenged Sevenfold, Slipknot and many others. Writing to continue to enjoy life away from the stresses of full-time employment.
@http://www.twitter.com/elliotleaver92
Previous Anvil – Anvil Is Anvil
Next Petrol Girls – Some Thing EP 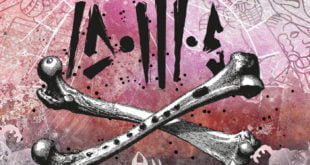 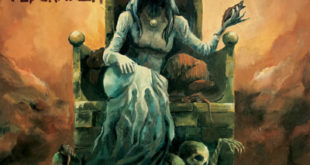 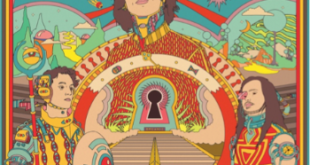