Robert Jon And The Wreck – Last Light On The Highway

Dennis Jarman 25 April 2020 Album Reviews Comments Off on Robert Jon And The Wreck – Last Light On The Highway 1,194 Views

Last Light On The Highway

According to a quote in the latest Classic Rock mag by You In The Future, Last Light On The Highway, the latest studio album by Robert Jon & The Wreck is “The best fucking album I’ve heard for ages”!

I would not go that far but after hearing it I’ll be sure to check out a genre of music I don’t normally listen to. As the old saying goes, it’s “All killer, no filler” as these eleven tracks of country tinged Southern rock mesmerize. ‘Oh Miss Carolina’ is a breathtaking opener of laid back blues. Heart on sleeve lyrics are sung smoothly by frontman Robert Jon Burrison as a piano eases in the background until guitars burst into life midway with heavy chords, a piercing solo and soothing outro choruses.

‘Work It Out’ is four minutes of sultry soul. It’s another love song with a powerful message as a saxophone adds a touch of jazz and the icing on the cake are the angelic backing vocals. The foot tapping intro to ‘Can’t Stand It’ sees it rise to an emotional wave of catchy choruses and Steely Dan like twin guitar passages. It ends on a crescendo of the choruses belted out with gusto.

‘Tired Of Drinking Alone’ is a bitter sweet Bob Seger tinged ballad that could melt the coldest of hearts as well as having you belt out the shout them out loud choruses. ‘Do You Remember’ is guitar heavy from the off with full on twin guitar work over whimsical lyrics of teenage memories with choruses full of joy. ‘This Time Around’ is a quaint shuffle of soul searching but it’s all about the choruses of “I promise I’ll be better, a better man this time around. I know I can be better, a better man this time around”. ‘Don’t Let Me Go’ is a full on sonic overload as a tasty slide guitar opening gambit goes into hollered choruses backed by a musical full band blast.

‘One Last Time’ is so laid back it could be horizontal as it oozed through my headphones on wispy clouds of smooth soul until the guitars built up to a crescendo outro. ‘Gold’ opens and closes with bleak piano parts. Inbetween that is an all consuming song that grabs you and doesn’t let go until its broken your heart. ‘Last Light On The Highway Part 1’ is a stripped back short and sweet number of a heavenly vocal over acoustic guitar. The band loosen up and rock out for final track ‘Last Light On The Highway Part 2’ as soundscapes of orchestral strings vie for attention with progressive rock like passages that speed up to a blustering midsection, ending on the acoustic riff that opened the song and one last gentle vocal. Sublime!

Formed in Orange County, California in 2011, their third studio album due for release on May 8th 2020 will surely elevate their status!

Last Light On The Highway Part 1.

Last Light On The Highway Part 2. 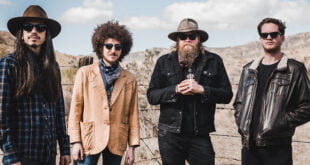 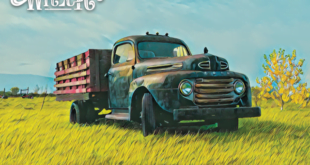