Little Triggers blast back with a ‘Bang’ on buzzy new single

In Rock, as in life, sometimes less is more. After unleashing their debut LP Loaded Gun to rave press reviews, national radio airplay and Spotify playlist support last year, Liverpool rockers Little Triggers found themselves at a crossroads after the departure of two members. Deciding to carry on as a two-piece, vocalist/guitarist Tom Hamilton and drummer Jay Radcliffe doubled down on the band’s strengths – frenetic energy, fuzzy blues licks and rollicking pop hooks – and headed into the studio to rebuild their sound with the thrillingly base elements of rock n’ roll.

Their comeback single, Bang, is the first taste of a new era for the band – and offers up a hard rock rollercoaster of meaty riffs and singalong melodies. 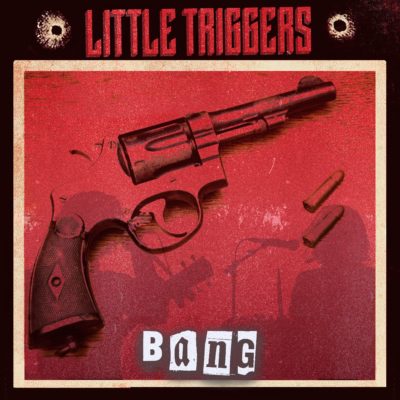 “This is a nihilistic take on the old ‘good love gone bad’ story,” explains livewire frontman Hamilton. “The lyrics don’t reveal how the relationship got into this state, but the protagonist is in a situation where he feels he has no option but to have it out with his ex with a gun in his hand. He knows too well how that’s likely to end up – bang bang, out go the lights! He is still in love but cannot see any other way out.”

Rock media have been quick to spot Little Triggers’ huge potential, with Classic Rock Magazine featuring them as both a coveted High Hopes new band and awarding them two Tracks Of The Week, and Planet Rock, Total Rock and BBC Introducing Radio spinning their singles in 2019. Spotify editors also gave their seal of approval, with prominent placements on their All New Rock and Rock The World official playlists. 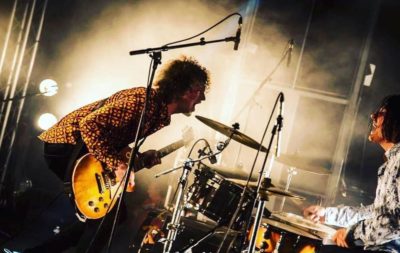 After starting their UK in tour in January, Little Triggers play the following tour dates in February/March –