A nostalgic slice of glam punk brought expertly into the modern age.

Last Great Dreamers are a London-based band that date back to the early 90s, imploded after a couple of years and then reformed in 2014. They consist of Marc Valentine on lead vocals and guitar, Slyder on lead guitar and vocals, Steve Fielding on bass and Denley Slade on drums. This is their third album since getting back together and having given it a listen I’m just wondering how I have managed not to come across them before.

Opener Oblivion Kids has a real bouncy vibe about it, I can’t decide if it’s punky or 70s glam, it’s kind of a cross between both. Love the woah-oah-oah chorus – in fact the whole song made me smile.

Glitterball Apocalypse has a similar vibe although a little harder and heavier, more new wave than punk. There is some nice guitar work in there.

The Way We Collide goes back to the more poppy sound. There is definitely a 70s glam pop feel to it, in fact I want to don a Suzi Quatro leather catsuit and some platform boots right now as I feel this would be entirely appropriate attire for listening, although possibly not so good for leaving the house in!

Elegy For Us is a bit slower and more thoughtful. Marc’s vocals have that slightly atonal quality that I associate with early 80s indie and new wave bands, this is not a criticism! I have to admit to finding it a little dreary in places, it’s possibly the weakest song on the album.

Alone is another slow burner with a nice acoustic intro and more woahs. It’s very Dogs D’Amour, and should appeal to that slightly sleazy, panda-eyed audience a lot I think.

Dope School is the first single release from the album and reminds me strongly of Hanoi Rocks. There is a sneery, fuck you attitude to it, but at the same time said with love and a smile.

White Light Black Heart goes back to the more pop sound which I think suits them and it’s a nice easy singalong! I prefer this side of them personally. There is a new wavey vibe and I like this one a lot. The opening riff sounds very familiar but I can’t quite place it – I’m not sure if they have borrowed it from someone else or it’s just that it suits this genre of music.

Tommy’s Tears has a jangly intro and some really nice slide guitar. Marc’s voice reminds me of Peter Perret from The Only Ones on this track.

Werewolves takes us back to the faster stuff. It’s another catchy, hummable tune that makes me want to dance a bit. Well OK, maybe a lot!

You Don’t Work has the punk/Hanoi influence coming out again. My feet were tapping and my head nodding to this one, it’s a good driving song with a rather sleazy edge to the vocals. I can see this one becoming an earworm in time and it’s my personal favourite song on the album.

Chasing Heroes starts with a strong bass line, and is another pop/rock classic; they just keep these catchy tunes coming on this album. It’s fun and bouncy and I can see it going down really well at gigs.

Misunderstood has an intro that is very very similar to “Going Underground” by the Jam, although it takes its own path as you get further into it. An almost reggae beat means yet again my head is nodding all by itself. I think it loses its way a little in the bridge, then comes back strongly towards the end. It recaptures that new wave vibe to a T again at the finish.

Turn It Up finishes the album off by taking us back to the Hanoi territory again. A stormer of a sleazeball song this, we could be in Soho in the 80s with spiky hair, ripped clothing, too much guyliner and a don’t care swagger. Again, this is a good thing – one of the strongest tracks on the album for sure.

I wasn’t really sure how to summarise this album to be honest. Last Great Dreamers cover a mixture of styles and sounds but somehow still manage to keep a spark of individuality. Is it glam, rock, punk, new wave, a little sleazy? Whichever label you use it’s a lot of fun. Transmissions From Oblivion is a nostalgic slice of glam punk brought expertly into the modern age. It’s also right up my street, and I’m off to grab some back catalogue stuff……

Transmissions From Oblivion is released on October 21 2016

A nostalgic slice of glam punk brought expertly into the modern age.
Share 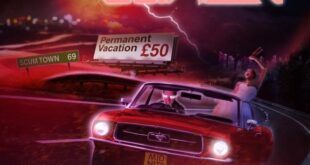 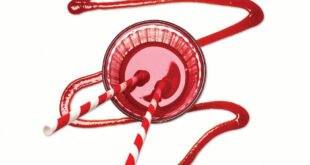 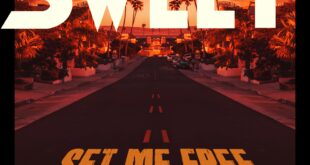 The Sweet Set Me Free: How to reduce anxiety