Emanating  from a single mind, this record is a deep and tortured offering. Revolving around the core theme of sorrow in its many forms, ‘Vastness’ is by its very nature an uncomfortable listen at times. Subject matters such as mental illness and suicide are not meant to be taken lightly, and Il Vuoto takes us to some pretty dark places on this record, placing us firmly outside of our comfort zone as we examine a minefield of emotions. Male mental health has been thrust to the fore of the media machine in recent weeks and months, and this album really struck a Doom filled chord with me, as dark clouds were transformed into powerful musical passages

Essentially a Funeral Doom album, Il Vuoto succeeds in incorporating a plethora of styles and influences within the albums framework. Black Metal sits next to hauntingly beautiful acoustic movements, at totally different ends of the spectrum and yet effortlessly conjoined on this record. The vocals present an even more varied performance as the deepest of deep guttural growls combine with clean vocals and screams, intertwined with sorrowful spoken word segments along the way. As the lengthy tracks are exploratory in their composition, they cover a wide ground in terms of what you can draw from them. ‘V (The Fifth Nail)’ for example, at over 18 minutes in length is crushingly depressive and yet incredibly empowering, stunning soaring guitar solos take hold of your heart and both constrain and caress as the journey unfolds. ’Vastness’ the track itself, dripping with melancholy and reflection is a violent maelstrom of inner torment. ’Weakness’, as pure a gift as anyone could offer, is both soothing and unsettling in equal measures, illustrating our inner frailty

This is an album that should be listened to in full, rather than track by track. The overall picture is so much more vivid than the individual snapshot. An album that defies categories and labels, ‘Vastness’ is a sumptuous feast of dark emotions and fears , able to bring you to tears whilst wearing the broadest smile

Matteo Gruppi – All instruments and vocals

‘Vastness’ is released through Hypnotic Dirge Records on February 12th

Rock/Metal junkie living in beautiful Anglesey.Love live music and have a musical taste which can go from Cannibal Corpse to Kate Bush in the blink of an eye.
@https://twitter.com/simonbower3
Previous Black Tree Vultures – Interview
Next The Scars In Pneuma – The Path Of Seven Sorrows 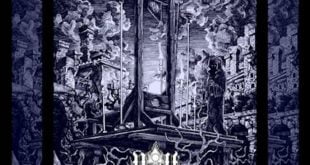 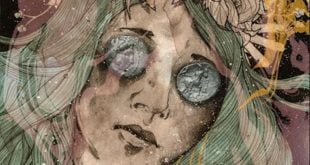 Officium Triste – The Death Of Gaia 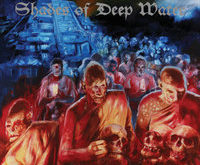