Does it all End in Tears? Whilst a skint, bald bloke may not appeal to this woman! The album itself has got it's merits. Thirteen rock and roll songs you just want to grab a schooner and rock out to! 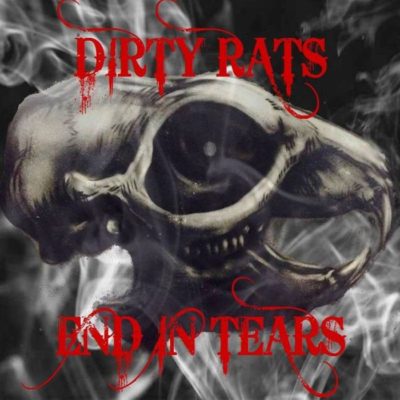 The Dirty Rats have just released their second full length album End in Tears. Formed in 1982 and originally a five piece rock band, active in the pub rock scene in Melbourne, Australia from the mid to late 1980’s. Fast forward over 30 years and the Rats are back, as dirty as ever, with a filthy new slimmed down line up, playing old school hard rock and remaining true to the sound they had back in the 1980s. By slimmed down I mean they have lost a whole person, as the current line up is a 4 piece lean, make that mean, killing machine. Original member, Jamie Beovich is on bass with Wayne (Richie Rat) Rich on vocals, Anthony (Chooka) Chapple on guitar and Andy Thomson on drums.

Although well over 30 years old the band released their debut album Rock n Roll only last year. You can get down and dirty with the rats i.e. read a more detailed bio here.

Have these Dirty Rats left a sinking ship? Are they going to sink or can they swim along with the current? I’m not going to cover every one of the thirteen (unlucky for some) tracks, but here are some observations. The album starts off with some dirty thunder from down under! Opening track The Juice reminding me of British band Thunder‘s Dirty Love. Love from a Distance has a Motörhead vibe. Before we come to title track End in Tears, which didn’t have me crying, as it brought Zodiac Mindwarp and the Love Reaction’s Backseat Education to mind.

Hurts Like a Mother is like something like Table Scraps‘ Motorcycle getting the evil stare from Mötley Crüe (Looks That Kill). Boss of Me had me thinking Debbie Harry meets Mark Manning! As One Way or Another (Blondie) we come back to the Tattooed Beat Messiah (Zodiac Mindwarp). The album gallops along nicely in the same vein through clichés, fantasies, bad news and rats rocking until we come to the last track Rock Star a sultry song to bring the album nicely to a close and with the lyrics ‘I ain’t got any money and I ain’t got any hair’ they’re not exactly selling themselves to this W.O.M.A.N. as I thought of another glamorous blonde, this time Peggy Lee and her song I’m A Woman.

Does it all End in Tears? Whilst a skint, bald bloke may not appeal! The album itself has got it’s merits. Thirteen rock and roll songs you just want to grab a schooner and rock out to. With bandanas and mean stares the Dirty Rats have that piratical look about them! Their ship is far from sinking, as they raise that Jolly Roger and sail onwards towards their chest of gold! 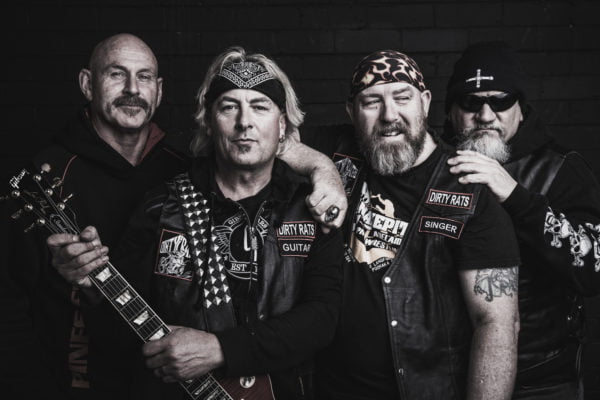 Does it all End in Tears? Whilst a skint, bald bloke may not appeal to this woman! The album itself has got it's merits. Thirteen rock and roll songs you just want to grab a schooner and rock out to!
Share

I first went to a gig in 1981, Gillan at Leeds University. I've been a regular gig goer ever since. I haven't kept count of how many gigs I've been to over the intervening years, but it's a lot! My favourite bands are AC/DC then, in no particular order, Anti-Nowhere League, Slaughter and the Dogs, Towers of London and Dirt Box Disco. I tend to like Glam/Punk and rude offensive lyrics, not sure what that says about me but as Animal would say 'So What!' The question was recently put to me - did I write for any online publications? My reply - No, but I'd like to! Planetmosh was suggested and I found myself offering to review Aces High Festival. Easy peasy I thought! Well not quite, if a jobs worth doing it's worth doing well! I had sixteen bands to research. I found I actually enjoyed that and it kept me too busy to be making lunatic comments on Facebook! ;) Then I felt a bit inadequately qualified. I mean, who am I to comment on others, when my musical expertise extends to being able to play a mean Greensleeves on the recorder and a passable Annie's song on the flute! Haven't picked up either instrument for years! What I do have, however, is over 30 years of experience as a gig goer, so I can comment on what I like and what I don't! It's only my opinion and, if I don't like a band it doesn't mean they are bad, just not to my own liking. I admire anyone who has the guts to get up on that stage and have a go!
@2296928222
Previous STARMEN unleash video for “Ready To Give Me Your Love”
Next A New Hope – Interview