Call of the Wild Festival (COTW) 2020 announce further additions to the line-up and it’s MASSIVE!

COTW Organisers have sneaked a much-loved addition in the shape of Aussie rockers Massive. The band have been added to the Kilmister Stage and will follow Bootyard Bandits.

They are also happy to announce that Thursday night will host a warm-up party in the Exhibition Hall & feature Stevie R. Pearce & The Hooligans. Two further support bands will also be added to the night. This is bolstered by the news of a FREE bar each day from 11 am – 1 pm in the VIP area, provided by Motörhead Beer!

What’s more, Call of the Wild lager & cider will be available from all bars. There will also be a pop-up off-sales shop to buy cases of beer, lager & cider, so folks won’t need to cartloads of extra weight in their cars to the festival – which will contribute to reduced carbon footprints.

After raising hell at last years festival, the rabble-rousing sinners from Cloven Hoof Rum are back, bigger and brasher.  Cloven Hoof are proud sponsors of the second stage, where many of the bands they endorse will be performing and quite literally raising Th Hoof! The main Hoof bar will be selling a fairly priced range of devilish rum cocktails and shots of Cloven Hoof 37.5% and Over Hoof 66.6%. The scary news is that the mixologists at Hoof HQ have concocted a wicked new flammable cocktail to launch at the festival. Aptly named ‘Wild Hoof’ and served exclusively in the VIP area and is guaranteed to blow your socks off and cause some carnage. The Hoof crew will also be bringing a few crazy surprises to get the party started.

N.B. Organisers are also trialling a new feature which will be called TUNDRA. This is an area of pitched tents with basic sleeping needs installed. Prices and availability will be posted on the website very soon.

They will also offer excellent Glamping & Hotel packages; also, a transfer bus from Lincoln Central, if the demand is there.

Call of the Wild Festival was not just nominated but shortlisted at the UK Festival Awards 2019 for the BEST NEW FESTIVAL of 2019 This festival is already becoming a legend, featuring prominently in a new novel, which will be launched at Call of the Wild 2020!

The multi-talented Pete K Mally – rock compere/DJ, comedian and author will be launching his brand-new novel ‘The Call‘ at this year’s festival. It couldn’t be more apt, as the novel – a comedy set in the world of rock and roll – follows Dom Young (frontman of classic rock band Raven Black Whiskey Stone) along the path to success, and features our very own festival in the last third of the tale!

As Pete puts it, “With the resurgence of British Rock and Rock festivals, we’re going through such exciting times so I thought these loyal music fans and musicians deserve a novel based in this world.”

The Call‘ is set in this ever-changing world of rock music and includes cameos from real bands riding the wave: star bands like Ryders Creed, The Rocket Dolls, Wayward Sons and Tomorrow is Lost all make an appearance, to name but a few.

Pete will be doing a special signing session each day of the festival. Pete K Mally is well-known on the gig circuit, having toured with Wayward Sons & Last Great Dreamers. Pete also hosts his own breakfast show on MMH  -The Home Of Rock Radio, who are also playing an important part in COTW as our official media partners.”

If you’ve ever wanted to meet your idol, MMH — The Home Of Rock Radio will be running a signing tent where they hope to have many bands down for signings & photographs!

“MMH – The Home Of Rock Radio are proud to be Call of the Wild’s official media partner for this festival!” says Adam Till — owner and director of MMH – The Home Of Rock Radio, “COTW is one of the rising stars in the UK festival scene. We see bright and amazing prospects for this festival and are delighted to bring MMH to the party! We’ll be running the signing tent all weekend. All of our team will be on-site, bringing you the latest coverage, interviews from the bands, along with a chance to meet the stars, buy merch and get autographs.”

After its triumphant 2019 debut, Call of the Wild Festival will return in 2020, rising to new heights. COTW’s next cycle takes place between 29th-31st May 2020 at the Lincolnshire Showground, Grange-de-Lings, Lincoln LN2 2NA

N.B With the festival already outselling last year’s numbers, Call of the Wild Festival is expected to bring in large numbers from across the UK and Europe. Tickets already sold to both USA & Canada confirm that the word has spread internationally.

Check the website for further details and updates – a further 50 VIP upgrades to be released on Monday 27th January. Book soon to avoid disappointment! 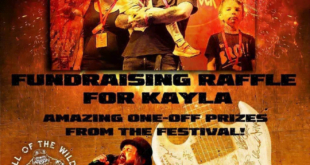 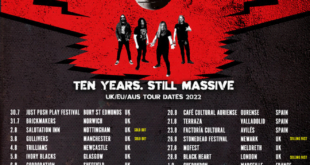