Costsowlds based Amplified Festival are proud to announce that closing out this years event is none other than Northern Ireland’s Multi Million album selling THERAPY?

Bursting on to the scene in the early 90’s, their short, sharp blasts of metal were given an alternative slant by merging it with a post-punk Wire/Gang of Four guitar sound. Therapy? Had a sinister edge through songwriter Andy Cairn’s pre-occupation with religion, alcoholism, death, self-hate and general dissolution cunningly masked beneath big choruses and an outlook beyond the metal scene they were categorised into.

One of Northern Ireland’s success stories, with fourteen albums, has seen a consistent touring schedule performing their hits such as Teethgrinder and Potato Head along with tracks off their million selling album ‘Troublegum’ such as Screamager, Knives and Nowhere.

There’s also A Moment of Clarity, Misery and their haunting Husker Du cover Diane off their critically acclaimed album ‘Infernal Love’ where they moved away from their own punk-metal roots to create a broad epic cinematic soundscape, even performing it in it’s entirety at Sonisphere Festival in 2014.

Their career, so far has seen them outlast competitors and outwit industry attempts at categorisation, Therapy? are still headbangers with their thinking caps screwed on and their influence clearly inspires the likes of Biffy Clyro and every other band who merges rock, punk, metal and big ideas equally and they still sound as fresh as they did more than twenty five years on!

Amplified, get ready for something special from across the water.

Joining Therapy? On Sunday, after a blistering set on the New Blood Stage at 2017’s Bloodstock Open Air Festival are Ward XVI.

The gates of Whittingham Asylum have been struck open and for the first time in history the High Security Ward XVI invites members of the public to meet face to face with the UK’s most violent serial killers. The Ward’s longest-standing resident Psychoberrie, listed as the UK’s most dangerous criminal, will give an insight to her life prior to her incarceration. With assistance from medical staff Alex, Dr. Stott and fellow inmate Jake she will tell the story of the reckless life led by herself and former partner Beardy McStumble, and the narcotic induced murders that took place prior to his own decapitation. This is a sordid tale of deceit and manipulation represented with a genre defying mix of hard-hitting metal riffs, off-beat Ska rhythms, melancholic piano, accordion, catchy female vocals, a hint of electro and to top it all off, an engaging energetic theatrical live show. Ward XVI are a sight to behold. Look out Amplified, the Ward is open.

With the announcement, fans will notice that Evil Scarecrow have moved to the Saturday Headline slot and the Friday headline act will be announced soon. Any fans who have purchased day tickets will be notified and arrangements will be made. Regardless of the small change, Amplified Festival is shaping up to place itself firmly on the Festival map.

VIP, Standard, Day and Family tickets are now on sale at www.amplifiedrocks.com/tickets to be sure to get yours today. You don’t want to miss out on what will truly be a memorable weekend.

I spend half my life at gigs or festivals and the other half writing the reviews and editing photos, and somehow find time for a full time job too. Who needs sleep - I've got coffee.
Previous Bloodstock announces Alestorm, Pallbearer, & more
Next Heartbreak Remedy Release New EP ‘Memento Mori’ 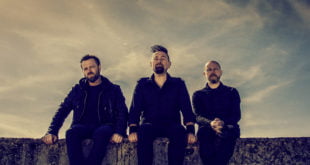 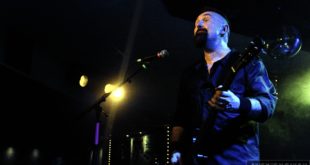