Release date: 08/11/19
Get Loud cements Agnostic Front's position at the top of the table.

Having caught the documentary “The Godfathers of Hardcore” on some TV channel not so long back my interest in this New York band was reinforced yet again.

This is a band that clearly has a lot to say regarding current social/political situations. And they say it against a backdrop of pure New York hardcore. Many have tried to emulate this sound, maybe some have gained a more popular appeal; but none have the thoroughbred of Agnostic Front.

This is their 12th album and you would think men of their age would be thinking of hanging up their guitars and mics, calming down a little, and they’d be entitled to after the struggles they’ve endured throughout their career. You would be wrong to think that though. I know if you were to slice Vinnie Stigma in half it would read NYHC like a stick of rock. The man is a legend. As are the band themselves.

Get Loud starts with “Spray Painted Walls” Roger Mirets vocals distinctive as ever. Guitars crushing you just the way you want them to. “Anti Social” follows and be warned this is not a cover of an anthrax song, this my friend, is what it says it is. 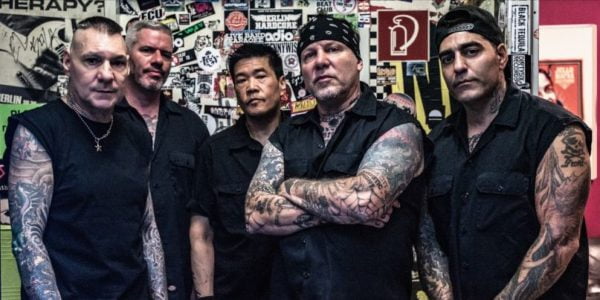 “Get Loud” and “Conquer and Divide” follow in what seems like the blink of an eye. What follows is “I Remember” where Roger reminisces about the early days with Vinnie, you can feel the bond between the two of them on this song; with its gang vocals and ‘Hey Ho lets go’ chants this is sure to be a new live favourite.

“Dead Silence” follows and has a very thrashy sound to it, “AF Stomp” comes in and goes straight for your throat. “Urban Decay” then rips your throat out. It’s that simple.

“Snitches Get Stitches”, “Isolated” and “In My Blood” remind you why you love this music before the band finish with the final three songs “Attention” “Pull the Trigger” and “Devastated”.

This isn’t a long album, it lasts no more than half an hour, 14 songs brewed and bottled to perfection. The New York hardcore brewing company.

Agnostic Front have always been at the forefront of the hardcore scene and with this release that hasn’t changed. This just cements their position at the top of the table.

As vital now as they were back in 1983, and not many bands can lay claim to that… are you listening Metallica??

Release date: 08/11/19 Get Loud cements Agnostic Front's position at the top of the table.
Share 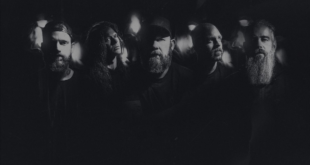