A good mix of their own material, covers and a sterling Black Sabbath medley. With a stellar line-up, which includes members of Symphony X, Disturbed and Twisted Sister, Dearly Departed gets four stars from PlanetMosh.

When Adrenaline Mob released their latest EP Dearly Departed in February via Century Media, no-one can have foreseen that drummer A J Pero would tragically be found dead (further information here) on the tour bus in the middle of a tour the following month, and therefore the poignancy of the title Dearly Departed. Adrenaline Mob released Men Of Honor in February 2014 experiencing some setbacks to their touring schedule when a crash destroyed their gear and van, but luckily no one was seriously injured. Then in August 2014 they had a line up change with Erik Lionhardt replacing John Moyer on bass. This did, however, give the band time to work on Dearly Departed which like, Men Of Honor, was recorded by their guitarist, Mike Orlando, at his own Sonic Stomp Studios. Featuring nine tracks including new covers, acoustic renditions of tracks from ‘Men of Honor’ and ‘Omerta’ their debut album, plus a previously unreleased song recorded during the ‘Men of Honor’ sessions and an edit of the song Dearly Departed which gives the EP it’s title and must, surely, now become a tribute to the late A J Pero.

The first track Snortin’ Whiskey is a cover of the Pat Travers Band classic and Adrenaline Mob’s version hasn’t veered far from the original, keeping the same screaming riffs and energy of the original. Then comes the title track and the most poignant track on the whole EP, including the lyrics ‘soon to be a member of the dearly departed’ no-one can have foreseen that A J Pero was soon to be a member of the dearly departed! This song reminded me very much of Foo Fighters like a cross between Best of You and All My Life, a great track RIP A J!

Devil Went Down to Georgia a cover of the song originally recorded by Charlie Daniels Band with some awesome fret work by Mike Orlando taking the place of the fiddle and it sounded like Cotton Eye Joe by Rednex had been blended in, although I suspect that took some inspiration from the original tune too! A medley of Black Sabbath tunes Into the Void, Sabbath Bloody Sabbath and Killing Yourself to Live, several acoustic tracks and Gets You Through the Night with it’s Whitesnake vibe make up the rest of the album which finishes with a cracking cover of Queen’s Tie Your Mother Down.

The band have continued the tour with Chad Szeliga in the drumming stool and, although I never knew A J, I would like to think he died happy doing what he loved! There’s a fund set up on Go Fund Me to help support his daughter Brianna see here.

A good mix of their own material, covers and a sterling Black Sabbath medley. With a stellar line-up, which includes members of Symphony X, Disturbed and Twisted Sister, Dearly Departed gets four stars from PlanetMosh.

Highlight Tracks: Dearly Departed and Devil Went Down to Georgia

A good mix of their own material, covers and a sterling Black Sabbath medley. With a stellar line-up, which includes members of Symphony X, Disturbed and Twisted Sister, Dearly Departed gets four stars from PlanetMosh.
Share

I first went to a gig in 1981, Gillan at Leeds University. I've been a regular gig goer ever since. I haven't kept count of how many gigs I've been to over the intervening years, but it's a lot! My favourite bands are AC/DC then, in no particular order, Anti-Nowhere League, Slaughter and the Dogs, Towers of London and Dirt Box Disco. I tend to like Glam/Punk and rude offensive lyrics, not sure what that says about me but as Animal would say 'So What!' The question was recently put to me - did I write for any online publications? My reply - No, but I'd like to! Planetmosh was suggested and I found myself offering to review Aces High Festival. Easy peasy I thought! Well not quite, if a jobs worth doing it's worth doing well! I had sixteen bands to research. I found I actually enjoyed that and it kept me too busy to be making lunatic comments on Facebook! ;) Then I felt a bit inadequately qualified. I mean, who am I to comment on others, when my musical expertise extends to being able to play a mean Greensleeves on the recorder and a passable Annie's song on the flute! Haven't picked up either instrument for years! What I do have, however, is over 30 years of experience as a gig goer, so I can comment on what I like and what I don't! It's only my opinion and, if I don't like a band it doesn't mean they are bad, just not to my own liking. I admire anyone who has the guts to get up on that stage and have a go!
@2296928222
Previous Sabaton U.S. Tour With Nightwish & Delain Kicks Off Next Week
Next Whitesnake – The Purple album 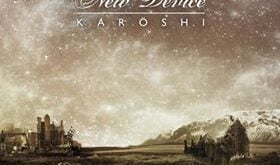 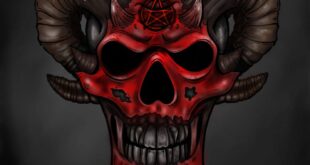 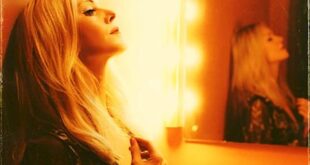 Laura Evans – Running Back To You (EP)