A fine return to form from the worlds greatest Rock band

Just when we all thought that the Rock n Roll Train had finally come off the rails, the world’s biggest Rock band return fully charged and ready to go, with their latest album Pwr Up

The well documented, less than ideal end to the Rock Or Bust world tour in 2016, left many an AC/DC fan (myself included) scratching their heads and wondering if indeed that was it. Brian Johnson’s hearing issues, Cliff Williams announcing his retirement, and Phil Rudd seemingly struggling to battle his demons, and of course, Malcolm Young’s passing in 2017, all pointing towards the band frankly going out with a whimper following a glittering career

However, wheels started turning once more, meetings were had, problems were ironed out, and as near as we will ever get to the classic line up was back in business again

When the release date was finally announced, Rock’s worst kept secret became reality, and all fans were chomping at the bit to hear new material. Personally, I was just hoping it would be something that could be held up as a fitting tribute to Malcolm, and if it was to be the final roll of the dice, a decent record

Having listened to the album on a continuous loop for the past few days, my view is that it’s a corker. I don’t think a better opening track could have been chosen than ‘Realize’, it had that jaw dropping effect, that moment when you know that all is well again in the camp, and everyone is on top form and really enjoying it. Phil Rudd’s metronome drumming binding everything together like glue. ‘Rejection’ follows, and although not the strongest track on the album, Brian’s vocals shine through, with a really catchy sing a long chorus. ‘Shot In The Dark’ was a little more familiar, having been released as the lead single a few weeks ago, and a real foot tapper it is as well, and a guaranteed place in the live set list awaits no doubt. ‘Through The Mists Of Time’ is simply one of the best tracks the band has come up with in decades, so full of emotion and feeling, with a chorus to die for, and a decent length Angus solo for a change. ‘Kick You When You’re Down’ flows beautifully, and has a real thumper of a drum track, a track that gets better with each listen. ‘Witch’s Spell’ is another classic in the making, classic DC riffage, with a real killer bassline all the way through, a real throwback to 80’s era output in my opinion. ‘Demon Fire’ is another belter, reminding me of Ballbreaker’s ‘Boogie Man’ in the way Brian knocks out the vocal, possibly the fastest paced track on the album as well, ‘Wild Reputation’ is a real bluesy little number, a track you can’t help but lose yourself in, “I ain’t stopping for nobody…”  is a lyric that every DC fan wanted to hear so badly. ‘No Man’s Land’ is a track that took me straight back to Fly On The Wall era, that wonderful galloping bassline, backing vocals a plenty, and a real good time vibe. ‘Systems Down’ is a real grower, it took me a few listens to get into but now is up there with the best of them. ‘Money Shot’, yet another foot stomper anthem in the making. Then before you know it, closer ‘Code Red’ blasts through with a mean and moody riff that fits the mood perfectly

As a diehard fan, it can be a little difficult to look at and judge a new AC/DC album objectively but I genuinely believe this is their best offering since the much-underrated Blow Up Your Video album of 1988, 12 belting Rock tracks that come together to form one Hell of an album. To the band in the studio, it must have felt like a rebirth, a resurrection of past glories. To the music fan, it’s simply the best tonic possible to see us out of 2020

Now, all we need is a tour announcement !

Recommended Track – Through The Mists Of Time

Shot In The Dark

Through The Mists Of Time

Kick You When You’re Down

PWR UP is out now via Columbia Records

Rock/Metal junkie living in beautiful Anglesey.Love live music and have a musical taste which can go from Cannibal Corpse to Kate Bush in the blink of an eye.
@https://twitter.com/simonbower3
Previous I See Vultures – Interview
Next After Smoke Clears – Edification 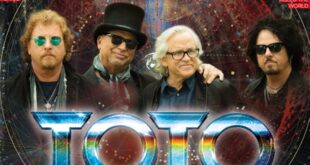 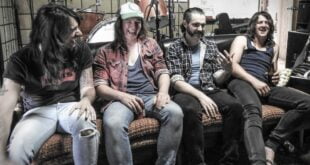