Jurga Kalinauskaite 9 May 2014 Album Reviews Comments Off on Aborted – The Necrotic Manifesto 1,473 Views

'The Necrotic Manifesto' by Aborted is even more technical, aggressive, yet serious death metal deal in 2014 served directly from the Belgium.

Aborted is not the kind of death metal band that simply blends in among the others. These guys from Belgium definitely have something of their own and that hasn’t faded away during their 19 years in existence (even with lineup changes and the fact there is only one original member left). If you have any doubts about whether they can still do it, you should give their newest album ‘The Necrotic Manifesto‘ a try to.

Two years have passed since their previous album ‘Global Flatline’ and there is one thing for sure, the further they go, the more technical they become. More guitar solos, more twisted riffs, a little less fun ‘gory’ stuff and it still sounds like Aborted, still catchy.

The more you listen to this, the more addictive to this aggressive yet technical album you get!  There is another thing to add regarding the music in ‘The Necrotic Manifesto’ and that’s guest vocals. You can hear Vincent Benett (The Acacia Strain) on ‘Your Entitlement Means  Nothing’ and Phlegeton (Wormed) on the extremely fast and memorable track ‘Excremental Veracity’.

Let’s take a look at the album cover. As it is with music, the same goes for cover art – it is so recognizable and really exciting! Again mad surgeon (remember ‘Goremageddon: The Saw and the Carnage Done’ or ‘The Archaic Abattoir’ albums’ covers?), this time with eight hands holding saw, knives and anything that actual mad surgeon might need. He’s standing in between to abandoned building among many skeletons looking up to the cloudy sky. Simple, yet well done and so good courtesy of the great imagination of Swedish artist Par Olofsson .

Reviewers pick: ‘Coffin Upon Coffin’, the 7th track of the album.

This latest album is an even more technical, aggressive, yet serious piece of death metal.

‘The Necrotic Manifesto’ is out now via Century Media.

'The Necrotic Manifesto' by Aborted is even more technical, aggressive, yet serious death metal deal in 2014 served directly from the Belgium.
Share 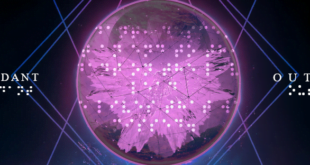 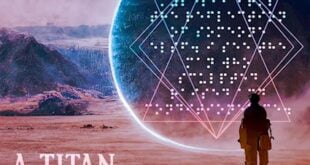 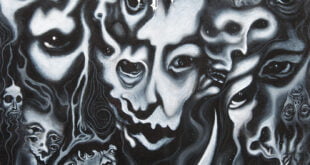