It’s a busy summer for Kai Hansen – his “Thank you Wacken” live solo album comes out in late June, and then a month later one of his bands, Unisonic, release their live album, also recorded at Wacken, and of course he’ll be busy preparing for the Helloween Pumkins united tour.

If you haven’t listened to Unisonic before but are a fan of Helloween then I’d urge you to check out Unisonic as it reunites two Helloween legends, Kai Hansen and Michael Kiske.  The studio albums are excellent and they’re now releasing this live album.

Unsurprisingly it’s been recorded and filmed at Wacken – not only have the band members played there in the past with Kai Hansen being a regular performer there since the start of the festival, but the setup Wacken have is second to none.  The sets are filmed by multiple cameras in high definition, so the video quality is excellent and there are plenty of camera angles available to edit into a great live release, and of course the sound quality is recorded in excellent high quality.  Given that it’s no surprise that a lot of bands that play the festival end up releasing their performances on DVD or CD at a later date.
The video is good quality although it does suffer slightly at times due to the amount of smoke being used on stage, but with lots of camera angles it’s definitely a great record of the show.

It’s a fantastic release – the CD is great to listen to (and I’ve listened to it a lot already), and when you’ve got a bit of time to spare then sitting and watching the DVD is great.  Hearing how good Michael Kiske’s voice is even after all these years and that combined with the playing of Kai Hansen is not only a pleasure to listen to here, it also makes the Helloween Pumpkins United tour later this year an even more exciting prospect.

I spend half my life at gigs or festivals and the other half writing the reviews and editing photos, and somehow find time for a full time job too. Who needs sleep - I've got coffee.
Previous Simple Minds – Acoustic in concert
Next Download 2017 – Saturday 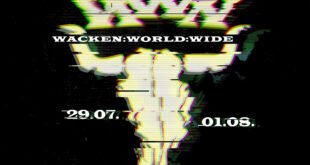 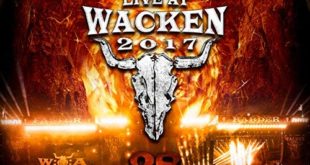