There's lots of variety in this album. You can't get much more diverse than the Sex Pistols to The Ronettes and whilst it's Punk there are elements of Glam Rock, New Romanticism, Motown and more. This deluxe edition comes with a 16 page full colour booklet too, so plenty of additional material for long standing fans who bought the album back in the day. Anyone new to UK Subs gets to experience both studio and live material. A worthy addition to your CD collection. 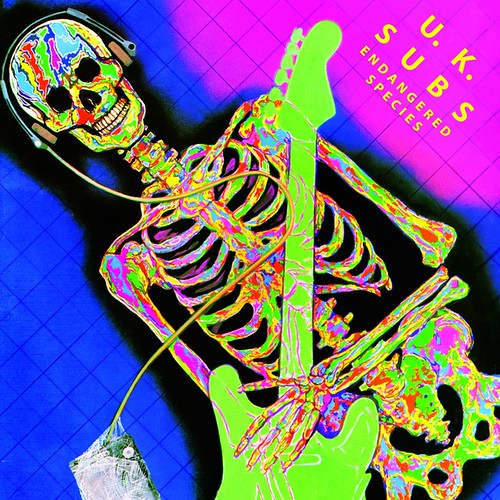 With 2016 marking the U.K. Subs’ 40th anniversary, Cleopatra Records released a special deluxe reissue of their 1982 Punk Rock classic album Endangered Species (more information about the band and album can be found in the press release here).

Formed by Charlie Harper in 1976 and originally called The Subversives the band have had numerous line up changes but legendary frontman Charlie Harper has been the one constant, still touring today they have played with bands from Anti-Nowhere League to The Damned to Motorhead. Forthcoming gigs can be found here.

I’d never heard the original album until I got the re-release to review, so technically I’m reviewing it as a new release with fresh ears. If I say a song reminds me of something, it may well be something which was released later, I’m just giving you an idea of what the songs sound like. As usual it isn’t necessarily the whole song, maybe just a riff, a beat or a chorus I picked up a similarity to, to give new listeners a flavour of the album. With 44 tracks I’m not going to cover each and every one. I’ll pull out a few highlights/observations from the original and the new (I say ‘new’ but many pre-date, or are as old as, the original relalease) additions which make this a special deluxe edition.

The first twelve tracks on Disc 1 are the original release. Title track Endangered Species with it’s chugging beat has a Buzzcocks vibe and some screaming riffage towards the end! We stay with the Buzzcocks for Living Dead. Alvin Gibbs takes lead vocals on this one and his voice isn’t dissimilar to that of Pete Shelley but throw in a bit of Sex Pistols I’m thinking What Do I Get meets No Future by Sex Pistols. Down On The Farm was famously covered by Guns N’ Roses on their album The Spaghetti Incident? and their version doesn’t stray far from UK Subs, and with it’s bass, I Was Made For Loving You by Kiss style, opening I can see why it captured the attention of Guns N’ Roses. Sensitive Boys is completely different, it starts off very quietly, I thought the CD had stopped until about 20 seconds in the track kicks in to something like a strange hybrid cross between the late David Bowie’s China Girl and 999’s Homicide would be. I thought /8×5 sounded like a New Romantic track and could well have influenced bands like Spandau Ballet and Visage. I Robot could well have inspired the 2004 film of the same name (see here). The last track on the album Flesh Wound had a more Gothic vibe, I’m thinking Alice by Sisters of Mercy played at slow speed, if you can remember playing 45rpm tracks as 33rpm! If you don’t know what I’m talking about then you’re too young to remember the record player!

The remainder of Disc 1 is taken up by a B-Side, an outtake and demos. My favourite of these was I Don’t Need Your Love of which there are two versions, I’m not 100% sure but I think it’s Charlie Harper singing lead vocals on the outtake and Alvin Gibbs on the demo version. This one has a definite motown vibe and actually had me thinking of Be My Baby by The Ronettes meets Be My Baby by Vanessa Paradis! It’s interesting to hear the demos but they didn’t make the final cut and that’s no doubt because the ones which did were better. We then come to Disc 2 with an EP, a shelved EP, some studio sessions and 16 live tracks to get your ears round.

I saw UK Subs only last month and Charlie Harper was in fine form for a man in his seventies, he could give Mick Jagger a run for his money! Although the chances of The Rolling Stones playing to a sold out crowd at The Star and Garter in Manchester are remote! There’s lots of variety in this album. You can’t get much more diverse than the Sex Pistols to The Ronettes and whilst it’s Punk there are elements of Glam Rock, New Romanticism, Motown and more. This deluxe edition comes with a 16 page full colour booklet too, so plenty of additional material for long standing fans who bought the album back in the day. Anyone new to UK Subs gets to experience both studio and live material. A worthy addition to your CD collection.

There's lots of variety in this album. You can't get much more diverse than the Sex Pistols to The Ronettes and whilst it's Punk there are elements of Glam Rock, New Romanticism, Motown and more. This deluxe edition comes with a 16 page full colour booklet too, so plenty of additional material for long standing fans who bought the album back in the day. Anyone new to UK Subs gets to experience both studio and live material. A worthy addition to your CD collection.
Share

I first went to a gig in 1981, Gillan at Leeds University. I've been a regular gig goer ever since. I haven't kept count of how many gigs I've been to over the intervening years, but it's a lot! My favourite bands are AC/DC then, in no particular order, Anti-Nowhere League, Slaughter and the Dogs, Towers of London and Dirt Box Disco. I tend to like Glam/Punk and rude offensive lyrics, not sure what that says about me but as Animal would say 'So What!' The question was recently put to me - did I write for any online publications? My reply - No, but I'd like to! Planetmosh was suggested and I found myself offering to review Aces High Festival. Easy peasy I thought! Well not quite, if a jobs worth doing it's worth doing well! I had sixteen bands to research. I found I actually enjoyed that and it kept me too busy to be making lunatic comments on Facebook! ;) Then I felt a bit inadequately qualified. I mean, who am I to comment on others, when my musical expertise extends to being able to play a mean Greensleeves on the recorder and a passable Annie's song on the flute! Haven't picked up either instrument for years! What I do have, however, is over 30 years of experience as a gig goer, so I can comment on what I like and what I don't! It's only my opinion and, if I don't like a band it doesn't mean they are bad, just not to my own liking. I admire anyone who has the guts to get up on that stage and have a go!
@2296928222
Previous Magnum – The Valley of the tears – the Ballads
Next JOANovARC – Ride Of Your Life 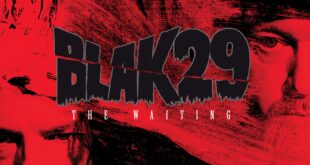