Kobra and the Lotus – High Priestess

album by:
Kobra and the Lotus

An excellent third album from Kobra and the Lotus showing how their music has matured in just a couple of years. Overall a very solid album with some superb new tracks that will give existing fans a treat while also introducing new listeners to the band.

Released in the UK on Spinefarm Records High Priestess is the third album from Kobra and the Lotus, following up the impressive self-titled offering from 2012. As a five piece metal band from Canada with the classically trained Kobra Paige on vocals, Kobra and the Lotus have mixed NWOBHM influences with a healthy dose of power metal to create the sound their fans know them for.They can currently be found on tour in the USA with Kiss & Def Leppard.

Opening the album with ‘Warhorse’ it is clear right away that the Kobra and the Lotus sound we have grown to love over the past two years is still strong in this album. The scene is very much being set as I am treated to a heavy hit of bass riffs backed by thumping double bass drums to open the album. This track lives up to its title and one cannot help but visualise a charge into war backed by the fast rhythmic guitars and Kobra’s powerful vocals. ‘I am, I am’ follows the same formula and falls in line perfectly behind Warhorse to set my mind at rest early on that this is a full on heavy metal album.

That not to say every track sounds the same, far from it in fact, as the next couple of tracks (Heartbeat & Hold On) slow the mood down a little and give me a hint of melodic influences coming through. Make no mistake these are still metal tracks but the guitar work feels less aggressive, holding a much more symphonic edge to it, with Kobra dialling her vocals down to match the pace.

So almost halfway through the album and thus far there has been a definite tip of the hat to the fans of old, followed by a couple of tracks which explore new styles, I arrive at the title track ‘High Priestess’. The pace is picked up as I am presented with of the more storming riffs and shredding solos we expect from axe man Jasio, and back to the powerful vocals from Kobra, albeit a more complex and mature offering now.

‘Soldier’ is in my opinion the most powerful track on the album. So far there has been glimpses of a fantasy battle theme coursing through the album with lyrics and the musical style, but here it comes right into the real world. From the orchestral intro depicting a modern deployment into battle, to the haunting lyrics telling me of a soldiers last moments in the war, the song boils over with the emotion that Kobra has been investing into the album. Stepping much closer to the power metal side of KATL this song sits as mark of respect to warriors the world over. It seems fitting that this song should be followed by the equally dark offering ‘Battle of Wrath’ which with a combination of heavy riffs and fast solos serves to bring me back away from the emotional ledge these songs were occupying.

That’s not to say ‘Visionary’ & ‘Willow’ are without emotion as you can still hear the heart and soul of Kobra coming through in the vocals, and indeed Jasio in the solos to make two fine metal tracks. Bringing the album to a close, ‘Lost in the Shadows’ opens with Kobra singing over the strumming of an acoustic guitar. Transitioning quickly to full electric again, the guitar work meanders through the song intertwined with vocals. This power metal ballad ends a strong album as perfectly as Warhorse started it, with the last notes being Kobra singing the words ‘Guide my way’

High Priestess is produced by Jonny K (Megadeth, Defiled) and thought the album the skilled production is evident with clear crisp solos, punchy bass and drums while not obscuring the vocals from Kobra Paige. There are a number of tracks on the album (Heartbeat, Soldier, Visionary) that I would expect to introduce new listeners to Kobra and the Lotus. Overall a very solid album with some superb new tracks that will give fans new and old a treat played live.

An excellent third album from Kobra and the Lotus showing how their music has matured in just a couple of years. Overall a very solid album with some superb new tracks that will give existing fans a treat while also introducing new listeners to the band.
Share

I've been into rock, metal and alternative music for as long as I can remember, and it makes sense I combine a love of music with my photography. Music loving ale swilling coffee drinking petrolhead photographer, that's me.
Previous Les Fest Part Two – by Rowena
Next PROTEST THE HERO Announce UK/European Tour Dates For Nov/Dec 2014 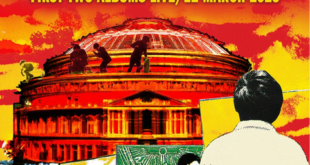 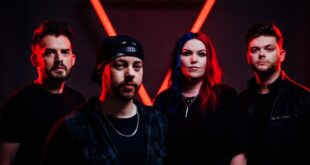 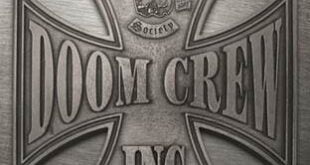