Earlier this month, Canadian Alt-Rockers July Talk embarked on a small UK Tour in support of their latest album, Touch. Their UK dates were limited to Glasgow, Manchester and a sold-out show in London.

Planetmosh were lucky enough to catch July Talk and supporting act, BlackWaters, at Manchester’s Sound Control. This was the perfect venue to get up and close to each act, in a way that allowed each member of the crowd to feel personally involved with the performance.

When the concert was originally announced, I automatically assumed the band would be playing on the top floor room. Little did I know but the set was actually being held on the ground floor, with a maximum capacity of only 150 people. 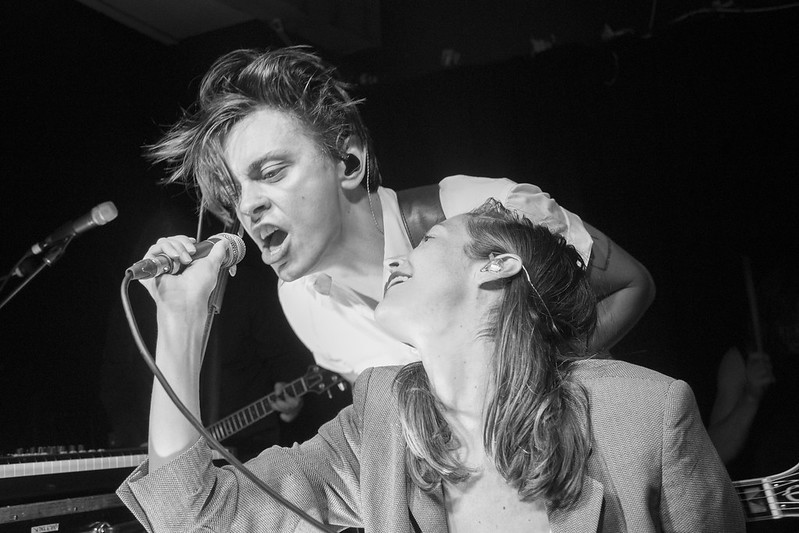 Not only this, but the last time July Talk played in the UK was over two years ago, so for many, I think this was more than just another show, and the exclusivity of only three cities across the UK made it even more special.

BlackWaters were the perfect warm-up for the night ahead, providing rough ‘n’ ready punk-infused indie tracks with the demeanour to match. The band came through the backstage entrance as a diverse set of misfits, each with their own unique brand and style, which made you question what the hell these guys were going to play.

This being said, the moment BlackWaters hit the stage, they burst straight into a roaring set of modern punk and alternative Rock, as if Arctic Monkeys had been given a shedload of acid, picked up the pace and brought in a shed load of distortion.

There were a few rough patches through the performance (although it was consistent with their punk style), but overall they were an interesting act to watch, with fast no-bullshit transitions from track-to-track.

Their set was only short, ending with an abrupt drop of the instruments, and clamber down from the stage as the amplifiers still screeched from the outro of their last song, leaving the sound engineers to clear up.

Although a little cliché, it didn’t come across that way at all, and made the set even more memorable, with some members of the crowd trying to figure whether it was intentional or they’d just had enough!

It was all in-line with their performance though, and even with a relatively small crowd, these Guildford lads provided a strong and heavy set, it was just a shame there wasn’t more promotion for them other than their names on the posters inside the venue. 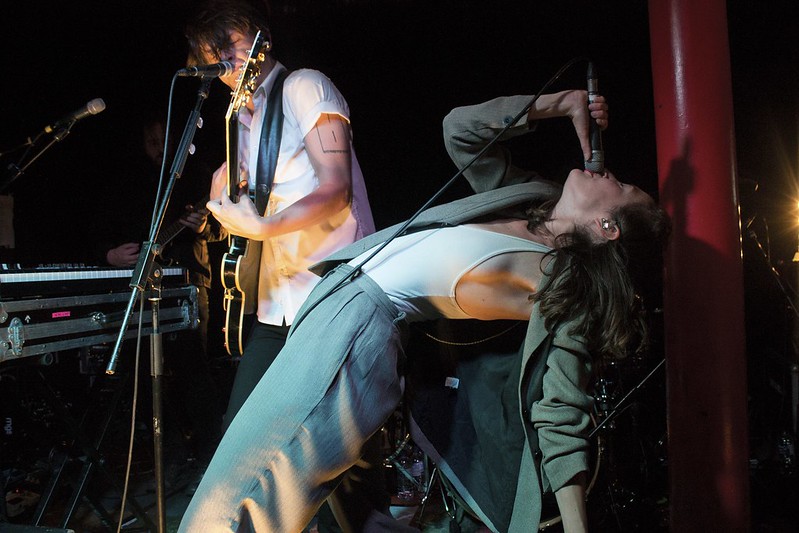 Not long after, it was the turn of July Talk for their highly anticipated set, which included a full range on tracks from both their new record, and 2012 self-titled debut album.

Although the new record had only been released on 2nd September, it was made available to stream a week earlier, giving die-hard fans a unique experience and familiarity of the new tracks ahead of the tour.

For me, it was great to hear the reactions to each new song, and discovering what songs were favoured by other fans. Not only this, but it’s always incredible to hear fresh tracks for the first time live, and take note of the subtle differences in their build, and the emotion that is portrayed alongside them.

Each song seems to embody a strong message and story line, which is beautifully painted by Leah and Peter’s onstage synergy, through risqué interactions, intense mannerisms and prolonged contact, you felt you were watching more than just another concert.

As expected, Peter and Leah’s spontaneous theatrics helped ease the crowd into letting their hair down and getting involved in the set, which included Leah climbing down into the crowd, and playfully asking the crowd if Sound Control’s floors were clean enough to fuck on, before getting everyone to sit down while she led out in the front row, looking up adoringly at Peter as they sung I’ve Rationed Well.

Further mischievous antics from Leah included encouraging the crowd members to kneel in front of her as she poured Jameson in their mouths, getting up close and dancing with members of the crowd, and making her way over to the bar to share shots with fans further back. All the while trailing her microphone cable, and finally being joined by Peter with his guitar, giving select fans a unique experience to take away from the night.

It’s the little additions such as those that provide July Talk with that niche characteristic that helps them stand out above the sea of musicians, not that their music doesn’t hold itself high, but in this generation, it’s individualism and real engagement that will help a band to be remembered. 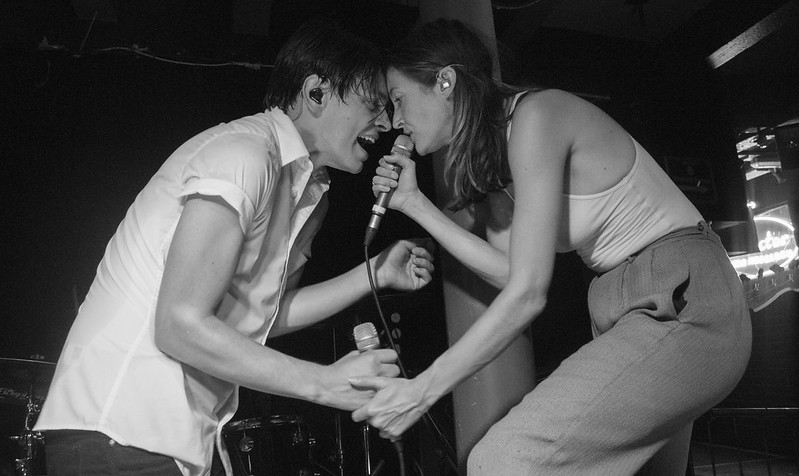 Considering July Talk provided such a packed and varied set list, the set only went on until 9.30pm, but fans were encouraged to stick around to meet the band, chat and get any merchandise signed. July Talk were kind enough to dedicate some time towards an interview with Planetmosh, swiftly followed by an intimate meet-and-greet with all the fans that had hung back.

July Talk are definitely on their path to becoming leaders in their field, through their mesmerising stage performances delivered like no other, to the actual music itself, which embodies so many layers within both the lyrics and the delivery.

Keep an eye out for announcements of further tours expected to take place in Spring 2017. 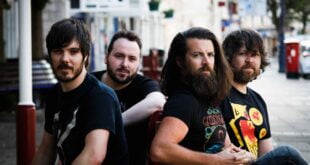