Ireland’s anarchic lads of thrash, Gama Bomb, return with a fourth album kicking and screaming that thrash lives, thrash is alive and well and hell mend anyone who says otherwise.

Like an unruly younger brother they come, throwing themselves around like a whirling dervish, creating chaos, havoc and all manner of unsettling behaviour, but you know what they’re doing most of all? They are having an absolute ton of fun doing it.

I make no excuses here, I love thrash, that is, thrash in its purest form like this here that Gama Bomb have produced. I’m going to gush about how great this stuff is and you’re going to cry that I’m stuck in a time warp and that metal these days is so much more expansive and creative and blah, blah, blah… yawn… You know what, go out, have some fun in your life and live vicariously in the manner that Gama Bomb quite obviously do.  Sometimes that little slice of crazy does us all good.

This album is 36 minutes full of so much fun that I just can’t help but throw a huge grin each time a new track starts. Backwards Bible has got to have one of THE most infectious, sing-a-long metal choruses I have heard in a long time and hell, Philly Byrne even throws in some scat singing at the end which you have to hear to believe. It fits the track perfectly too.

Gama Bomb unleash speed from the word go and don’t stop from the first second to the last. Their humour comes through in huge chunks, be it the likes of Bible above, the wonderfully named Smoke the Blow with Willem Dafoe or the superbly succinct Shitting Yourself to Live. There’s also a huge degree of musicianship on display here, be it the magnificently speedy guitar work from Dixon, Roche and McGuigan or the controlled drumming of Paul Caffrey.

All throughout this Philly Byrne conducts and controls the maelstrom maniacally, sounding like the bastard love child of John Connelly, Bobby Ellsworth and Steve Souza.

This is indeed a thrash purists dream. It won’t convert anyone, but quite frankly I don’t think Gama Bomb would care about that because they’re having far too much fun here. Terrorscope in particular, the free download single, manages to throw in a brilliant solo based around Aram Khachaturian’s manic classical Sabre Dance that fits in perfectly with the already truly unruly behaviour going on!

It’s a deliciously anarchic, supremely insane, breathlessly crazy slice of thrash and I love it.

Track Listing:
1. The Wrong Stuff
2. Legend of Speed
3. Backwards Bible
4. Beverly Hills Robocop
5. Smoke the Blow With Willem Dafoe
6. We Started the Fire
7. Terrorscope
8. The Cannibals Are in the Streets (Therefore) All Flesh Must Be Eaten
9. Shitting Yourself to Live
10. Matrioshka Brain
11. Metal Idiot
12. Wrecking Ball 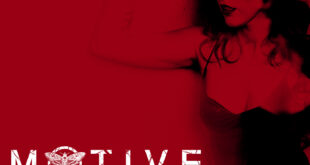