No fake screams here, more a cry from the darkness a moment before the sun touches the horizon on a new day.

I imagine there is an age old conundrum of how to put the experience of a musical performance into words.

Every review you read is an effort to do exactly that. It is always, to a certain extent, doomed to failure.

We can use all manner of catchy terms in an attempt to pigeonhole and help guide the reader to spend their time and sometimes money in a worthwhile pursuit.

There are however some albums that refuse such simplistic trops. AGVIRRE’s new release falls into this category. The album itself openly admits it cannot be labelled by being called _ _ _ _ _ _ . Yes that’s right, underscore 6 times! Either that or they forgot to copy and paste.

Anyway enough about what it isn’t. Here is what the band says “  _ _ _ _ _ _ looks at how our struggles with mental health affect us in a wider social context; magnified through the overwhelming lens of pandemic times, lockdowns, isolation, political unrest, social division and the horrors of police brutality and systematic racism. Agvirre embodies the sound of anxiety, chaos and disorder whilst never relenting the search for hope and a brighter tomorrow.”

While listening, what comes across is the sense the band have removed a small dark piece of their tortured soul and woven it into a tapestry full of colours and textures.

Standing back and allowing it to wash over you it is possible to see the beauty and the horror at the same time.

No fake screams here, more a cry from the darkness a moment before the sun touches the horizon on a new day.

Written and performed by Agvirre. Recorded, engineered and mixed by Joe Clayton at No Studio, Manchester. Mastered by Magnus Lindberg at VRTKL Audio. Brass arranged and performed by The River Versus. Cover art by Dafydd Jones at Back Down Design.

No fake screams here, more a cry from the darkness a moment before the sun touches the horizon on a new day.
Share

I fell in love with Heavy Metal when it was still just one genre. I love all good music from Glam to Grunge, Thrash to Goth (which I think I invented sometime in 1989). I'm guilty of getting into live music and have from time to time taken my top off and jumped into the pit! Nearly fifty trips round the sun, but still having a lot of fun. P.S I do like bikes quite alot (the pedelling kind)
Previous Matt Pearce & The Mutiny Announce Their Second Album: ‘The Soul Food Store’
Next Napalm Death – Mini album on the way 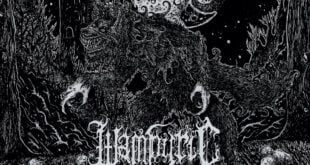 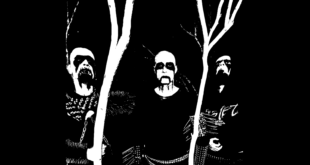