A very finely crafted selection of songs. It has plenty of emotional content, great melodies, and yes - songs that do indeed make you sing along to them. You cannot go wrong with this very fine musical statement.

First things first, for those not acquainted with Zeromancer, they have been releasing their blend of industrial electronica and rock since 2000. Orchestra of Knives will be their 7th studio album release. Despite the big gap of 8 years between this and the last album, they have still been busy chaps – but more of that in a bit…

For those expecting Ministry type industrial music, take a step back. This is not a harsh industrial album, but a rock album with industrial and electronic flavours added to it. More like the gentler moments of bands like NIN, Mesh, and Sulphur. Opening track “Testimonial starts with a tribal themed tom beat, layered with Kim Ljung’s pulsing bass lines, and pleasingly atmospheric synths. Vocals from Alex Moklebust, are best described as quite plaintive, and are definitely sung as opposed to Ministryesque hollering.

Track 2 “Damned Le Monde” has a definite danceable bounce to it, whilst dealing with the subject of society being monitored by authority. The upbeat feel of this track had me singing along to it from the lyrics booklet, and due to its short length, I had to replay it just to do the same again!

Track 3 “Transparency” tells a tale of a night in Manchester…

Yes, I’m not kidding you on that! With references to the Northern Quarter, and the Manchester rain, this is a surprisingly emotional song, made all the more effective with Alex’s vocals having an almost fragile quality to them.

If you like the more recent style of music from Gary Numan, then the next two tracks “Mourners”,and “Birthday” should appeal to you. The latter in particular is rather dark and forboding, and definitely the one of the more industrial tracks on the album with angry sounding synth lines that build up to an abruptly effective ending.

Terminal Love was the song released as a taster to the album, and its a fine track with a soaring chorus. It reminds me in places of “Ultra” era Depeche Mode, which is of course no bad thing at all. Followed up by another more angry and heavily electronic track “Worth Less Than Deutsche Marks to Me”. It has a cheeky tipping of the hat to Kraftwerk in it (I’m not spoiling it for you – go listen to it!)

On next to the title track, and one which resonates massively with me..

“Orchestra of Knives” deals with the subject of Kim Ljung’s long history of serious migraine attacks that he was telling me about it a recent interview i did with him. Seems we are of kindred where migraines are concerned, as I suffer them the same, and for the same length of time myself. As you can imagine, this is quite a pounding track, that deals with the subject very well – Kim’s use of metaphors are perfect lyrics.

Stand On Ceremony, if I am not mistaken deals with the subject of mental health. starting off with an almost sad ballad like tone, this then builds into an angry chorus of the line “Stand on Ceremony” repeated over a hard pulsing bassline, and power chords from the guitars. Simple but very effective.

The final track “San Zero” is by far the most rocking track on the album. Lots of guitars, and cryptic lyrics definitely bring to mind the aforementioned Mr Numan. Naturally this makes this one of my favourite tracks on the album, along with “Birthday”and “Transparency”

Though this is generally a far softer album that my usual fare, its a very finely crafted selection of songs. It has plenty of emotional content, great melodies, and yes – songs that do indeed make you sing along to them. If you like any of the other bands I have referenced, then you cannot go wrong with this very fine musical statement. I now want to hear these songs in the live setting!

As I said earlier in this review, I did an interview with Kim Ljung, that sheds a bit more light on the band, and how they have coped with various factor since the release of their previous album. You can find that here: https://youtu.be/FuN5Q5n3o8g

Worth Less Than Deutsche Marks To Me

A very finely crafted selection of songs. It has plenty of emotional content, great melodies, and yes - songs that do indeed make you sing along to them. You cannot go wrong with this very fine musical statement.
Share

Lover of all things metal - the more extreme the better! Metal head since 1982. Also been a Gary Numan fan since 1979. I also love good food - cooking and eating it. Real ale, St Helens RLFC, Aircraft, Classic cars and diesel locomotives,and most of all, great friends!
Previous AS I LAY DYING | release new single Roots Below
Next LORDI releases new song ‘Abracadaver’ 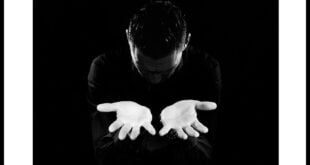 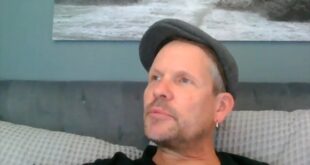