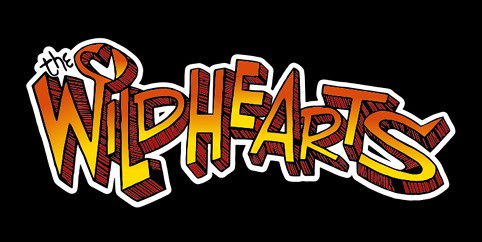 on Round Records Records

The live album was recorded when the band reunited in September 2015 to celebrate the 20th anniversary of their most commercially successful album PHUQ and Never Outdrunk, Never Outsung contains the full original album track listing.

Never Outdrunk, Never Outsung was a phrase coined by Wildhearts fan Tom Reed and the album is named in honour of The Wildhearts’ audience who are ‘very loud and very thirsty!’

“P.H.U.Q.” (pronounced in obvious fashion!) originally released in May 1995, crashed into the UK Top Ten Album Chart at number 6.  It spawned two Top 40 hit singles, “I Wanna Go Where The People Go” and “Just In Lust”, which reached numbers 16 and 28 respectively.

Never Outdrunk, Never Outsung – PHUQ Live  opens with the euphoric clarion call I Wanna Go Where the People Go and for the next hour The Wildhearts play huge riffs and catchy choruses taking the audience on a roller coaster journey continuing to captivate their fans before ‘Getting It’ closes out the set in a riot of chants and refrains.  Never Outdrunk, Never Outsung – PHUQ Live is the perfect document for The Wildhearts’ Anniversary tour

The Wildhearts next show is the Download Festival on June 10th 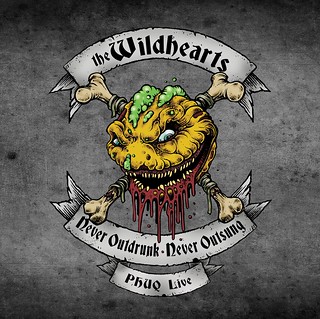 Round Records Records is the new record label from Ginger Wildheart – a home for Hey! Hello!, Mutation, live albums and DVDs from The Wildhearts and more. It’s arguably Ginger’s most ambitious project to date; moving from stand-alone individual releases to a fully-fledged record label. PledgeMusic is proud to be partnering with Ginger and Round Records Records for fans to pre-order new releases and access a host of extra and exclusive offers.

Ginger and PledgeMusic have history. In August 2011, Ginger launched his Triple Album Project via Pledgemusic. The pitch was to record a 30-song triple album and the campaign met with immediate success, hitting 100% of the funding target within six hours of launching. The resulting album released in 2012 in single and triple album format was a huge success for Ginger and won him the Classic Rock magazine ‘Event of the Year’ award. Subsequent projects with PledgeMusic have delivered equally stunning results; the last one being a book entitled ‘Songs & Words’, which featured archive photos and the stories behind Ginger‘s songs as only Ginger could tell them.

To start things, the Round Records Records launch includes the following;

All the details and more http://www.pledgemusic.com/projects/round-records

I first went to a gig in 1981, Gillan at Leeds University. I've been a regular gig goer ever since. I haven't kept count of how many gigs I've been to over the intervening years, but it's a lot! My favourite bands are AC/DC then, in no particular order, Anti-Nowhere League, Slaughter and the Dogs, Towers of London and Dirt Box Disco. I tend to like Glam/Punk and rude offensive lyrics, not sure what that says about me but as Animal would say 'So What!' The question was recently put to me - did I write for any online publications? My reply - No, but I'd like to! Planetmosh was suggested and I found myself offering to review Aces High Festival. Easy peasy I thought! Well not quite, if a jobs worth doing it's worth doing well! I had sixteen bands to research. I found I actually enjoyed that and it kept me too busy to be making lunatic comments on Facebook! ;) Then I felt a bit inadequately qualified. I mean, who am I to comment on others, when my musical expertise extends to being able to play a mean Greensleeves on the recorder and a passable Annie's song on the flute! Haven't picked up either instrument for years! What I do have, however, is over 30 years of experience as a gig goer, so I can comment on what I like and what I don't! It's only my opinion and, if I don't like a band it doesn't mean they are bad, just not to my own liking. I admire anyone who has the guts to get up on that stage and have a go!
@2296928222
Previous Buckcherry Announce UK & Eire Tour Dates 2016
Next Rudra – Name and More Details of Eighth Album