Keeping up with The Dead Daisies, Planetmosh went to Sheffield’s city of steel to check out the Winterland tour. If you were lucky enough to be one of the first 50 people in the queue at 7 pm, you were given an opportunity to meet the band for an intimate acoustic performance/signing session.  And if that wasn’t incentive enough to encourage you to attend one of their shows they also ran an offer to bring along a friend for free who’s never seen the Dead Daisies by signing up pre-hand.  So unlike other bands charging for a meet and greet, which are usually limited in numbers, The Dead Daisies are been extra kind giving these opportunities to their fans for free.

What’s been interesting on this current tour is that the band haven’t had a main touring support act but each town they’ve played has had a  different main support band, including Massive Wagons and Diamond Head but tonight we were treated to  Oliver/Dawson’s Saxon which was formed by ex Saxon members Graham Oliver and Steve Dawson.

One dressed in leather, one dressed in denim and the others dressed to thrill, okay in jeans and t-shirts and playing iconic Saxon songs they wrote before they parted ways. The Barnsley lads have a great sense of humour. Graham Oliver with his yellow vintage guitar jests and gives thanks to the fans for coming out to see them,  instead of staying home to watch Corrie’. Opening with Strong Arm of the law I’m impressed by Bri Shaughnessy’s vocals, he really has the vigour and tone to give the songs the passion they deserve.  I get the feeling that quite a few of the crowd came out tonight to catch the support act alone. Singing along and pumping their fists in the air to the Denim and Leather and as the band played on to other classic hits Crusader, 747 and Princess of the Night, they rolled out with the Wheels of Steel. Shouting out to the audience ”are you out there Sheffield, we wanna fucking hear you?!”  and hear them they did and as they roared back in appreciation. Bri  ‘whoa’s’  with the crowd and they ‘whoa-ed’ back with Oliver’s guitar soloing and rip-roaring drums taking the song and set to a close! If you’ve not experienced Oliver/Dawson Saxon before, get yourself along to a show!

The Dead Daisies are full of energy and smiles as they take to stage, singer  John Corabi welcomes you to the show but there’s something different about him, oh yeah, he’s shaved off his beard and looks less like a Midnight Moses he begins to sing about! With an epic set ahead of them, and eight songs in, they sing the harmonious Join Together which brings their set nicely down from high energy rock to prepare for the next act in their set.

Five chairs and two glowing skulls are brought to the stage.  I like this part of the set where they shake things up and perform four acoustic songs.  Welcoming Deen ‘Deeno ‘ Castronovo , their new drummer,  he sings the Rod Stewart hit Maggie May amid the crowd chants of ‘Deeno, Deeno’. I think they like the newbie!   If you caught their Burn it down tour earlier this year you’ll recognise that the production of this tour is somewhat the same. But every band has to have to some chorography and direction of how their show will go.  Personally, I think it’s great that The Dead Daisies decided to come back to the UK just after a few months and Corabi concurs that they are happy to be back in the UK but he also reminds us that whilst as a band they love touring they also miss their families back home.

The revolutionary Burn it down fires things back up as the spotlight shines on guitarist Doug Aldrich with his hair wafting as his stage fan keeps him looking effortlessly cool.    If you’ve not experienced a Daisies’ show before you’ll no doubt wonder who the supergroup is made up of, well you won’t be left guessing as each band member gets their own introduction and when it gets to Deen he gets another round of ‘Deeno, Deeno,’ chants from the audience.

”It’s only rock and roll but I like it” as Corabi introduces Bitch a Rolling Stones cover, and you’ve got to give it to the band as they’ve played an impressive 21 songs before taking a well deserved encore. Returning to the stage they play their hit Mexico and an excellent version of Helter Skelter by The Beatles…they definitely finished tonight’s show at the top!

I wonder what adventures they’ll bring to the UK next year if they return again soon?! 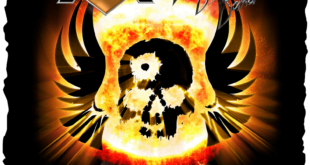 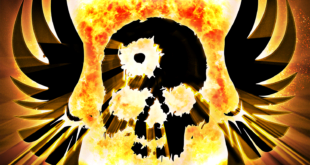 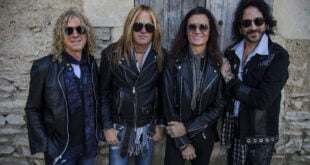