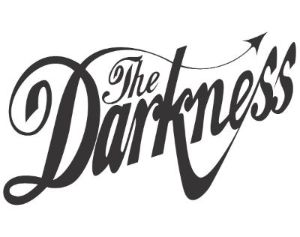 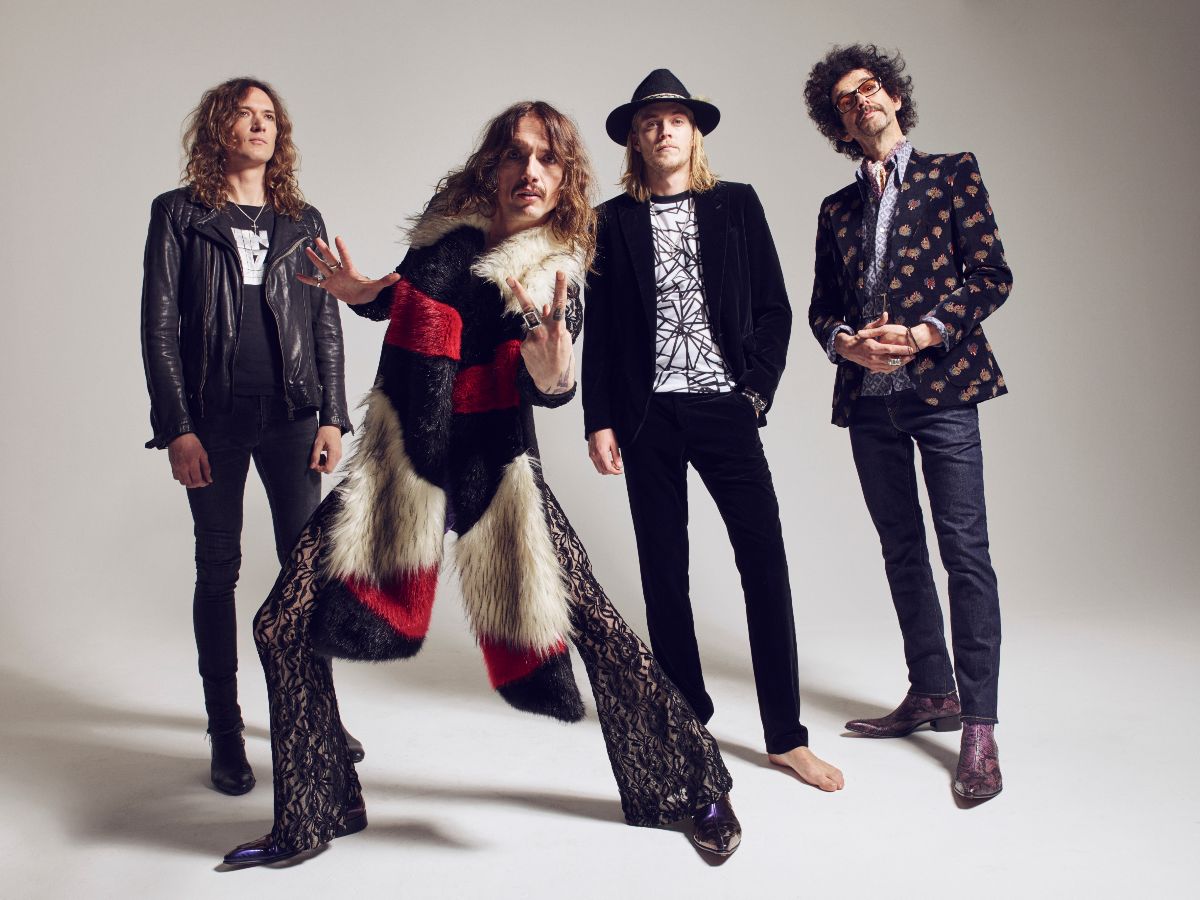 The Darkness have released the title track of their forthcoming jaw-dropping quasi-sci-fi concept album Easter Is Cancelled, out next Friday (Oct 4th) via Cooking Vinyl.

‘Easter Is Cancelled’ gives a taste of what to expect from the band’s most diverse album yet. The song features almighty guitar solos and riffs, delicate acoustic touches, highflying falsetto, barbarian chants and space-age electronics.

Due to the album’s artwork being banned by certain platforms for its religious connotations, the band have released a video for ‘Easter Is Cancelled’ featuring both the original and censored artworks.

Regarding the creation of the song drummer Rufus ‘Tiger’ Taylor says, “That was the last song we wrote for the album. We needed a fast one. So Dan and I were given that challenge. We had a day of jamming. It was one of those things where we just sat down and bang – the first thing we played became the first four bars of the finished song.”

Continuing frontman Justin Hawkins says, “Rufus and Dan came up with this AC/DC boogie thing, except with all these weird, progressive time changes. Lyrically, it’s one of the multiverse ones. You can’t be angry about a multiverse. It makes everything more manageable. You have to be comforted by the fact that there’s a reality somewhere it isn’t all shit. Conversely, when everything is going right, there’s a universe where it isn’t, and you should be grateful.”

The new album Easter Is Cancelled is their most exciting yet, a mini-rock opera examining the role of the musician in the barbarous culture of the world today. At the heart of the tale is love, loss and heartbreak, where redemption is ultimately found in the brotherhood of band friendship and the power of the guitar.

The title track is the latest song to be released from Easter Is Cancelled and follows the emotive ‘Heart Explodes’, this week added to the Radio 2 playlist, and the five-minute epic ‘Rock And Roll Deserves To Die’.

Easter Is Cancelled will be released digitally and in full technicolour physical glory as a standard CD, digipak CD with bonus tracks, gatefold LP, limited edition colour vinyl gatefold LP, Picture Disc and Cassette. The album is available to pre-order now from the band’s Official Store with special signed copies and exclusive album bundle offers. The preorder link is: https://thedarkness.lnk.to/EICPR

The Darkness will be playing Easter Is Cancelled in full, alongside a set of their very greatest hits, on their upcoming headline tour. They will play 19-dates across the UK starting in November, and the shows promise to be incredibly special. The band will reflect the grand scope and vision of the album, alongside the finest hits from the their spectacular canon. Tickets are available here.

I first went to a gig in 1981, Gillan at Leeds University. I've been a regular gig goer ever since. I haven't kept count of how many gigs I've been to over the intervening years, but it's a lot! My favourite bands are AC/DC then, in no particular order, Anti-Nowhere League, Slaughter and the Dogs, Towers of London and Dirt Box Disco. I tend to like Glam/Punk and rude offensive lyrics, not sure what that says about me but as Animal would say 'So What!' The question was recently put to me - did I write for any online publications? My reply - No, but I'd like to! Planetmosh was suggested and I found myself offering to review Aces High Festival. Easy peasy I thought! Well not quite, if a jobs worth doing it's worth doing well! I had sixteen bands to research. I found I actually enjoyed that and it kept me too busy to be making lunatic comments on Facebook! ;) Then I felt a bit inadequately qualified. I mean, who am I to comment on others, when my musical expertise extends to being able to play a mean Greensleeves on the recorder and a passable Annie's song on the flute! Haven't picked up either instrument for years! What I do have, however, is over 30 years of experience as a gig goer, so I can comment on what I like and what I don't! It's only my opinion and, if I don't like a band it doesn't mean they are bad, just not to my own liking. I admire anyone who has the guts to get up on that stage and have a go!
@2296928222
Previous Wolves Don’t Sleep reveal new cover track
Next KING VOODOO Release ‘TVC’ Music Video