What a great name and instantly summons up images of filth, depravity and altogether general unpleasantness. Hailing from Seattle this band have the corpse paint the classic 3 piece line-up, studs, spikes and a general air of not caring what you do or think. From the opening bars of ”Swarming Darkness” the influences of the band come through proud and fast, early Morbid Angel, Sodom, Venom and Kreator.  Blasts beats, thundering double bass with a razor blade guitar sound and caustic spewing for vocals but not altogether incoherent. The tracks come in quick succession with the whole album coming in at 36 minutes. These guys have done their research and went for the jugular with total power and violence. Confrontational titles such as “Downward Falling Christ” and “Incendiary Rape” add to the overall nasty edge of this album.  Has it all been done before? I don’t think so; Slutvomit have used their influences wisely to come up with a fresh sounding record that has great playing, memorable tunes, scuzzy sound but not so dirty that the riffs disappear into a quagmire of white noise.  The work pace of the band appears fairly laid back as they have been about since 2007, however this long period of time has certainly paid off and produced a solid natural sounding record which doesn’t sound over thought, overplayed and pro tooled to within an inch of its life.   If you like old teutonic thrash, early death and black metal, pick this up, a bag of beers and .

Old enough to know better. I have been a metalhead for a long time, I am a lifelong collector of vinyl and cds, the more the better.
Previous The Answer – Limelight 1, Belfast – Friday 11 October 2013
Next Argus/Rabid Bitch Of The North/ Terminus – Voodoo, Belfast – 13-10-13 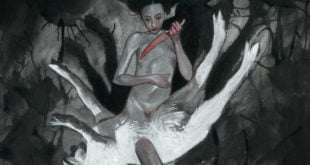