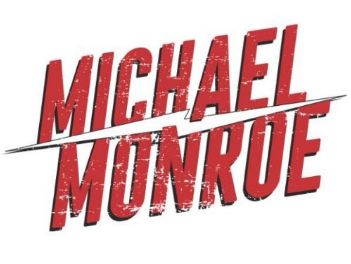 UK TOUR STARTS IN ONE WEEK 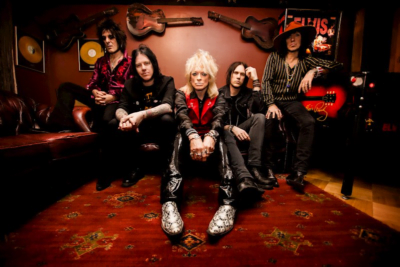 “Top to bottom, One Man Gang is a euphoric, fist-pumping celebration of the spirit of rock’n’roll.”
– Vive Le Rock“
Michael Monroe is a true rock’n’roll lifer…  The album is a bold, brash and beautiful thing, imbued with swagger, sass and an unshakeable belief in the power of music to elevate and empower.”
– Planet Rock

“One Man Gang is varied and triumphant and proves Michael Monroe is honest and unafraid.”
– Outlaw Magazine

Following the release of the new album, One Man Gang, which has been getting rave reviews. Michael Monroe has released the lyric video for ‘Junk Planet’, which comes one week ahead of his return to the UK with the opening night at Islington Academy on Wednesday 30th October.

A genuine rock star since birth, Michael Monroe innately knows exactly how to sing, swagger and walk the most glamorous and colourful of walks. One Man Gang, the former Hanoi Rocks man’s brand new offering on Silver Lining Music, is all about the fun of Friday nights, seven days a week, letting your hair down (or up!) for a dirty, dangerous, damn good time, and embracing a total escape into the rock ‘n’ roll dream.

‘Junk Planet’ follows the second single ‘Last Train To Tokyo‘ and the title track ‘One Man Gang‘ – the bombastic ballroom blitz that serves as the album’s opening salvo.

Recorded at E-Studios in Sipoo, Finland in about three weeks in March 2018, One Man Gang was produced by Monroe and his band-mates Rich Jones and Steve Conte. The album was engineered by Petri Majuri who also mixed the album in the fall of 2018.

I first went to a gig in 1981, Gillan at Leeds University. I've been a regular gig goer ever since. I haven't kept count of how many gigs I've been to over the intervening years, but it's a lot! My favourite bands are AC/DC then, in no particular order, Anti-Nowhere League, Slaughter and the Dogs, Towers of London and Dirt Box Disco. I tend to like Glam/Punk and rude offensive lyrics, not sure what that says about me but as Animal would say 'So What!' The question was recently put to me - did I write for any online publications? My reply - No, but I'd like to! Planetmosh was suggested and I found myself offering to review Aces High Festival. Easy peasy I thought! Well not quite, if a jobs worth doing it's worth doing well! I had sixteen bands to research. I found I actually enjoyed that and it kept me too busy to be making lunatic comments on Facebook! ;) Then I felt a bit inadequately qualified. I mean, who am I to comment on others, when my musical expertise extends to being able to play a mean Greensleeves on the recorder and a passable Annie's song on the flute! Haven't picked up either instrument for years! What I do have, however, is over 30 years of experience as a gig goer, so I can comment on what I like and what I don't! It's only my opinion and, if I don't like a band it doesn't mean they are bad, just not to my own liking. I admire anyone who has the guts to get up on that stage and have a go!
@2296928222
Previous Peaky Blinders Soundtrack album release
Next A year in the life of a Reviewer! Sty’s top 10 picks – Spotify Playlist