Mariachi El Bronx, the alter ego of acclaimed Los Angeles punk outfit The Bronx – have shared a psychedelic lyric video for ‘New Beat‘, taken from their new album, Mariachi El Bronx (III), which came out this week via ATO Records. Watch it below…

With the new album, Mariachi El Bronx injected some electronic sounds into its familiar acoustic instrumentals for the first time. And in the lyrics, frontman Matt Caughthran found himself confronting “ a lot of dark stuff.”

“There were things that I thought I had already written out of my system. My dad passing away. Some slip-ups that really dragged me down. But I think that with this record I finally got those monkeys off my back,” he says. “There was a time a couple years ago when ego had gotten the best of me, and I made a lot of mistakes. ‘Wildfires’ is about being driven by something that’s stronger and darker than yourself.”

He wrote the song last summer, when the seasonal winds in the band’s hometown of Los Angeles were stoking fires yet again. The song ends on a hopeful note, with Caughthran singing, “How did I survive, burnt but still alive?”

He says, “The thing that I love about the soul of mariachi music, and El Bronx, is its feeling of triumph.” 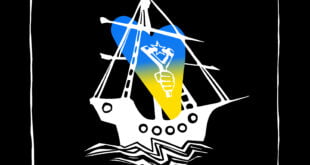 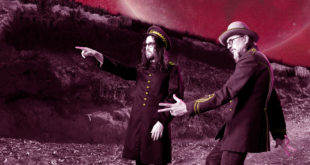 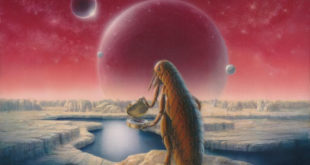