I don't often give 5/5, but in this instance I have. Because 6/5 wasn't an option. The second album from Inglorious is a piece of classic rock in waiting.

I’ve been biting my nails to the quick for the past couple of months, ever since Inglorious announced the May 12th release of their second album, Inglorious II, via Frontiers Music.  The debut album was released to much fanfare at the start of last year and I had the opportunity to see the band live at two Scottish festivals, Wildfire and Winter Storm, both of which were stellar performances that increased my anticipation tenfold.

There’s been a line up change as recently as February this year, following the departure of guitarist Wil Taylor, and his subsequent replacement by original band member Drew Lowe.  The return of a former member rather than the introduction of someone totally new hopefully means that the band will continue to gel as well as before.

The first album earned them praise from such legends as Brian May, who called them, “a potent young Deep Purple,” and Kevin Shirley, who described them as “The best British band I’ve seen since… I could say the Darkness, but I really mean Led Zeppelin.”  Shirley went on to work with the band on the new album.  It was recorded in one go at Parr Street Studios Liverpool, and mixed by Shirley at his Caveman Studios.

The major selling point of the debut album was the always stunning, at times nothing short of astonishing vocal of Nathan James, who just when you think he must have nothing left takes it up another notch.  If anything he has outdone himself on this second release, with a vocal performance that is bordering on ridiculous. I thought he’d peaked on Holy Water, by far my favourite track on the first album, but Making Me Pay at least runs it a close second, as he reaches notes other far more experienced singers can only dream of.  So far every time I’ve heard the song I’ve been caught muttering, “Jesus Christ, how does he DO that???”

A band is far more than just a singer though, and this album has been very much a team effort.  It was written by the band as a whole, with no guest writers this time, and came together between lead guitarist Andreas Eriksson’s flat in Malmö, Sweden and bass player Colin Parkinson’s family home in Somerset.  The band have said that the album, “came together very organically after spending time touring together and felt great.”

From opener I Don’t Need Your Loving, which sets the tone with a strong Whitesnake vibe, through Read All About It and Hell or High Water this is an album that draws deeply on the band’s classic rock influences.  There are hints of Dio, Gary Moore and Jorn throughout, but be in no doubt this is a completely original piece of work.

Taking the Blame flies along like a rabbit at a dog track, with some excellent work by drummer Phil Beaver.  Tell Me Why allows Andreas his time in the spotlight with guitar work that stands out a mile.  The groove of Change is Coming combines Colin Parkinson’s bass with strong riffs and the vocal that you’d think you’d get used to, but is so outstanding that somehow you never do.

Faraway is another opportunity for Nathan to show off his vocal chops as the acoustic intro allows his voice to take centre stage.  It’s almost lullaby-like until the rest of the band joins in and takes things up a notch or ten.  Riffs abound!  Closer High Class Woman completes an album of absolute quality.  The second album can sometimes be a let down after a brilliant debut but it seems Inglorious are just getting into their stride, and if this is the kind of music they can produce then long may they continue.

Inglorious II will be released as a standard CD and also as a Deluxe CD/DVD edition. The DVD will feature a previously unavailable live performance from Download Festival 2016 plus extra bonus content, including videos for forthcoming singles “I Don’t Need Your Loving” and “Taking The Blame.”

I don't often give 5/5, but in this instance I have. Because 6/5 wasn't an option. The second album from Inglorious is a piece of classic rock in waiting.
Share

Photographer, lover of books and movies. Can normally be found walking the dog in the rain.
Previous Blackwater conspiracy – Shootin’ the breeze
Next Perfect Blue Sky Premier ‘Give You My Love’ Music Video 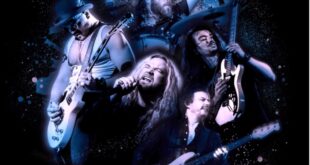 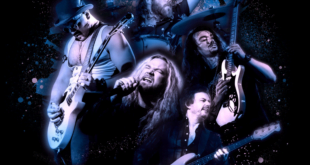 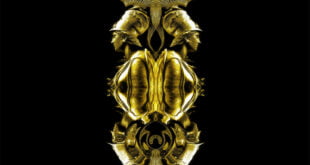