If you thought the rock n roll scene had died out a long time ago, then have a listen to Inferno
Inferno have updated the raw unadulterated rock n’ roll of the 50’s, 60’s And 70’s and made it there own, their sound is more rock than roll, but you can still hear the musical influences of that bygone era.
Since forming in late 2003, they have quickly gained a following, and released the “suicide pact” ep in 2007 to a hungry crowd, infact one magazine gave it 9/10 and declared that is was “the best recording, of any unsigned british band that year” high praise indeed.

Tours of Russia, Holland and finland soon followed, along with a support slot with Japanese rockers, electric eel shock.
A steady stream of touring dates earned them a top notch recommendation as a killer live act, and then finally, they released their debut record “welcome to the lions den” in 2010.
I caught up with guys at the recent SOS festival in Manchester and was so impressed, I hunted down their manager Jim Lee and got hold of a copy of the record.
Consisting of Joe Harvey on lead vocals and bass, Jay Lee on drums, and Liam Jepson on guitar, they have kicked the typical hard rock alternative bands off the tour bus with this cd, I do not know of any band who sound remotely like Inferno.
The title track kicks of the cd, and right away, you know your hearing something different, high energy rock and roll, with a twist.
“Snakes and ladders” follows, on this hi-octane rock n roll fueled ride, its all sounding fresh and different, and that aint a bad thing.

The runaway Rickenbacher bass line, and the 50’s opening guitar sound on “veni vidi vici” soon give way to an almost punkish sound to the song, rock n roll with attitude indeed.
Theres two songs featured on this cd, that where on the orginal E.P released in 2007, “The suicide pact” and “el torro” but they don’t distract from the overall package
The album closes with “Breaking the Pact”, as strong a song as the opener, and my favourite on the whole cd.
Defo more hard rock than rock n roll.
They play music Quentin Tarantino would feature in his next movie.
By the time you will have read this article, Inferno will have already played theJagermeister Acoustic stage at the Bloodstock Open Air festival.
Let me know what you thought.
7/10
Track Listing
1.The lions den

find out more about the band on their myspace site Here

General Manager and 'THE' competition guy at planetmosh.com. Manager of The Goddanm Electric www.thegde.co.uk, Tour manager for Serpentine, and ex-general Dogsbody at Hammerfest.co.uk. Media partner to numerous bands. Also takes photos, writes reviews and likes classic rock, with a touch of thrash to get the blood flowing.
@https://twitter.com/shakeapawUK
Previous Interview with Mille Petrozza – Kreator – Bloodstock festival – August 2011
Next The Goddamn Electric EP 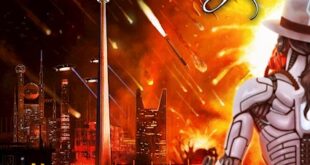