A timely reminder of the sad departure of guitarist Randy Rhoads 33 years ago. His technique will live on forever.

It is hard to believe that it is 33 years since I heard the news of Randy Rhoads’ death in a tragic plane crash on Friday, March 19th 1982 on Tommy Vance’s Friday Rock Show on B.B.C Radio 1. I never got to see him play as even though I had tickets for an Ozzy Osbourne gig at Stafford Bingley Hall in December 1981, the whole UK tour was cancelled. The tour was scheduled for late 1982 with Brad Gillis doing a great job on guitar but Ozzy’s band was never the same after Randy’s death at the tender age of 25.

To coincide with that fateful day, guitarist Bob Kulick has compiled and produced a tribute album released on March 19th 2015 via UDR Music. It contains 11 tracks, 2 of which are from Randy’s period with Quiet Riot and the other 9 from his time with Ozzy Osbourne. A number of various artists are used albeit with some glaring omissions. 8 tracks are sung by Tim ‘Ripper’ Owens, 1 by Serj Tankian and 2 from Randy’s brother Kelle who sings on 1 0f the 2 Quiet Riot tracks. So strangely enough, Ozzy has not contributed on vocals and neither Jake E. Lee or Zakk Wylde have played guitar on the album.  Bass duties are handled by Rudy Sarzo on every track and drum duties are split between Vinnie Appice, Brett Chassen and Frankie Banali. The guitarists I will list track by track.

On the whole, minor quibbles aside, the album is a fitting tribute to Randy’s legacy and it kicks off with ‘Crazy Train’ with Serj Tankian from System Of A Down giving a demented a vocal as Ozzy did on his debut solo album Blizzard Of Oz. Tom Morello from Rage Against The Machine provides innovative guitar fills between the main riff throughout and lets rip on the solo. The first of Tim’s vocals are next on ‘Over The Mountain’ and his impressive range is put to the test. Jon Donais from Shadows Fall nails Randy’s rolling riffs and solo and his is my favourite guitar performance on the album.

The keyboard intro to ‘Mr. Crowley’ is played by Randy’s brother Kelle, vocals from Testament’s Chuck Billy and guitar from Children Of Bodom’s Alex Laiho. Giving the subject matter of the song, Chuck’s growled vocal is a stark contrast from Ozzy’s but it does work but his vocals that drown out Alex’s outro solo are out of place considering this is supposed to be a Randy Rhoads tribute album! ‘Believer’ featuring Doug Aldrich ex-Whitesnake on guitar gets his  chance to wail away on a lengthy solo followed by an impressive shred.

‘Back To The Coast’, the first of the 2 Quiet Riot numbers is sung by Kelle Rhoads who sounds like a harder version of Ozzy. There are some great hard edged riffs and biting solos here from Bruce Kulick, most well known from his times with Grand Funk Railroad and KISS. As good a vocalist Tim Owens is, no one  but Ozzy can sing ‘I Don’t Know’ with his unique phrasing but the track is saved by a show stopping delivery from Dokken guitarist George Lynch. ‘S.A.T.O’ is another personal highpoint, a very underrated track from the Diary Of A Madman album. Tim really goes to town with the vocals, hitting the high notes with ease over the guitar work from Bob Kulick and Dweezil Zappa.

‘Killer Girls’, the second Quiet Riot number is a much heavier take on the original, due to the aggressiveness of Tim’s vocal. Ex Nightranger and current Whitesnake guitarist Joel Hoekstra runs all over the fretboard making me hit the repeat button at the end of it. Big ballad ‘Goodbye To Romance’, featuring Firewind’s Gus G on guitar  was an eagerly awaited track for me but his solo fades out far too early with Tim’s vocals saving the song as he embraces the melancholic mood perfectly. ‘Suicide Solution’ features  Nightranger guitarist Brad Gillis who filled in for Randy on the rescheduled 1981 UK tour in late 1982. I went to the Birmingham N.E.C gig and it was an unforgettable show. He lets rip on his whammy bar on this new version with the intensity of the original.

Final track ‘Flying High Again’ closes this hit and miss tribute album strongly. The main riff is hammered out by Bob Kulick and the solo is buzzed out by the one and only Bernie Torme who helped out with a few 1981 American dates following Randy’s death. The album is currently available on a number of formats including a CD jewel case version, double gatefold vinyl, digital download and CD + DVD digipack. The DVD contains interviews with the album contributors and a feature on the Musonia school of music, a teaching school set up by Randy’s mother and run by his brother Kelle.

Back To The Coast.

A timely reminder of the sad departure of guitarist Randy Rhoads 33 years ago. His technique will live on forever.
Share 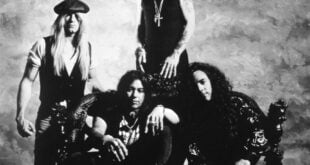 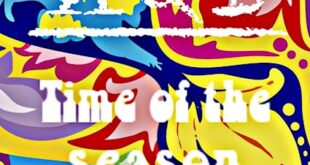 HOOKERS & BLOW – Time Of The Season 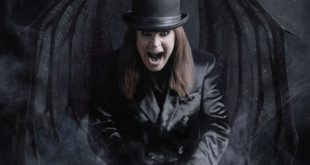