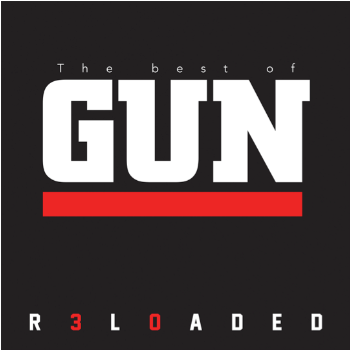 Scottish Rockers GUN release second single ‘Rock the Casbah’ from the up and coming best of album “R3L0ADED”, due out on 29th November via Silver Lining Music.

“In my early teens punk rock was taking off and my favourite two punk bands were The Clash and the Pistols.” Explains Giuliano Gizzi “I loved The Clash more because they wrote songs about real issues and troubled times in Britain under Tory government in the 70’s that we could relate to.  When they brought out the album Combat Rock, ‘Rock The Casbah’ stood out: it was different, more dance but still The Clash and for me.  l loved the song so much and the fact that at the time Middle Eastern Islamic countries banned all western music on their radio stations and this was The Clash’s way of saying that rock music/music is universal, it’s innocent and pleasurable for everyone in the world to hear!”

“R3L0ADED” is a real declaration of intent. GUN are looking to the road ahead, to new challenges, unfulfilled ambitions. While the album is a celebration of the band’s illustrious past, it also forcibly underlines that their focus is fixed firmly on the future. There’s a real feeling of optimism and creativity… of so much more to be achieved.

Whilst celebrating the 30thAnniversary of “Taking On The World”, the band’s 1989 debut album, the double record gathers in one collection GUN’s best singles, taken from their award-winning career spanning three decades. “R3L0ADED” is presented has a double album, Disc 1 features singles from the band’s seven albums, such as first chart hit ‘Better Days’ (1989), ‘Steal Your Fire’ (1992), ‘Don’t Say It’s Over’ (1994) and ‘Favourite Pleasures’ (2017).

To coincide with the album release and the 30thanniversary of seminal debut album “Taking On The World”, the band will embark on a full UK tour alongside other two rock legendary names: FM and Dan Reed Network.

TRACKLISTING
Side A
1. Don’t Say It’s Over
2. Better Days
3. Break the Silence
4. Higher Ground
5. Something Worthwhile
6. Crazy You
7. Take Me Down
8. Steal Your Fire
9. Favourite Pleasures
10.Taking On The World

“R3L0ADED” will be released on 29thNovember via Silver Lining Music.
Pre-Order available now at this location

I first went to a gig in 1981, Gillan at Leeds University. I've been a regular gig goer ever since. I haven't kept count of how many gigs I've been to over the intervening years, but it's a lot! My favourite bands are AC/DC then, in no particular order, Anti-Nowhere League, Slaughter and the Dogs, Towers of London and Dirt Box Disco. I tend to like Glam/Punk and rude offensive lyrics, not sure what that says about me but as Animal would say 'So What!' The question was recently put to me - did I write for any online publications? My reply - No, but I'd like to! Planetmosh was suggested and I found myself offering to review Aces High Festival. Easy peasy I thought! Well not quite, if a jobs worth doing it's worth doing well! I had sixteen bands to research. I found I actually enjoyed that and it kept me too busy to be making lunatic comments on Facebook! ;) Then I felt a bit inadequately qualified. I mean, who am I to comment on others, when my musical expertise extends to being able to play a mean Greensleeves on the recorder and a passable Annie's song on the flute! Haven't picked up either instrument for years! What I do have, however, is over 30 years of experience as a gig goer, so I can comment on what I like and what I don't! It's only my opinion and, if I don't like a band it doesn't mean they are bad, just not to my own liking. I admire anyone who has the guts to get up on that stage and have a go!
@2296928222
Previous NEPHILIM – Interview
Next Pist share new lyric video for ‘Fools Gave Chase’ 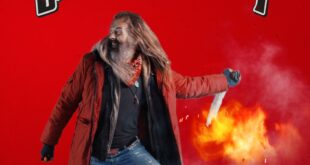