Tonight’s gig was at Oslo.  No, not the Norwegian capital – it’s actually a music venue in London.  It’s a similar size to the Barfly and being located right next to Hackney Central station it is a bit further out than most of London’s popular gig venues so I was curious to see how many people would venture out to Hackney on a Wednesday night.  As it turned out, quite a lot of people were willing to make the trip to Hackney for tonight’s gig.

First up was The Admiral Sir Cloudesley Shovell – a band who if nothing else deserve an award for the best band name.  Named after a 17th century naval officer the band are signed to Rise Above records and have released a couple of albums and an EP.  Looking like they’ve stepped out of various 70s rock bands, they take to the stage after a long intro tape that talks about drugs.  As soon as they start playing you realise they don’t just look like they’ve stepped out of the 70’s, they sound like it too.  Plenty of riffs that sound like they could have been lifted from a Black Sabbath album give the music plenty of power, but these are no Sabbath clones – they’re more a mix of Sabbath and a load of other bands, giving a 70s feel without sounding like any particular 70s band.  There are plenty of long drawn out jams or instrumental sections, and they go down very well with the crowd.

It’s the first time Danko Jones have played the UK for five years, so it’s not long before Danko acknowledges this fact and gets the crowd to boo them for having neglected the UK for so long.  In fact the Canadian three-piece last did a proper UK tour 7 years ago when they supported Motorhead, and since then it’s just been London dates.
Doing vocals and guitar means that most of the time, Danko is stuck at the mic stand and unable to move around, but whenever there’s an instrumental section he’s away from the mic stand and maing the most of the space available on the stage.  The music is great – nice hard rock with a punk edge to it, and I really enjoy it.  The vocals however just don’t do anything for me – I just didn’t like them.  Okay that put me in a small minority since the crowd was clearly loving the set but I just couldn’t enjoy it that much.  It’s all down to personal taste – Danko’s vocals don’t appeal to me, but they clearly appeal to a lot of other people.
Hopefully a promoter will book Danko Jones to do a proper UK tour before too long so their fans outside London get another chance to see them.

I spend half my life at gigs or festivals and the other half writing the reviews and editing photos, and somehow find time for a full time job too. Who needs sleep - I've got coffee.
Previous Nightwish – Endless Forms Most Beautiful
Next HRH AOR – Pwllheli, Hafan-Y-Mor 14/01/2015 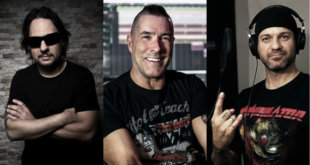 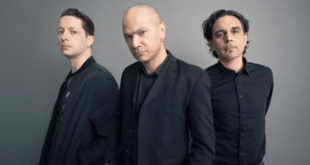 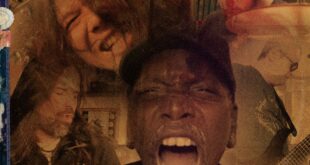