The second heat of the inaugural Bloodstock Metal 2 The Masses competition to be held in this little corner of the planet we call Mosh promised to be a diverse affair, reflecting the broad church of the local metal scene – and, so it proved to be! 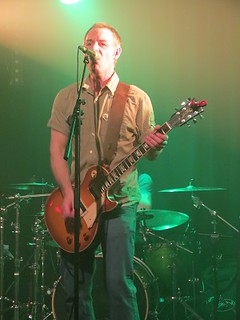 Openers Cavehill seem perhaps the most out of place of all of the bands, being considerably more mature than most of the opposition.  They deliver a hard-driving groove, very much in the vein of Quo-meets-Thunder in its overall feel, mixed with deep, underlying bass tones.  Musically, the band are excellent, and tighter than a health trust’s budget, and the experience of the collective members shines through.

By total contrast, Zombified play old school ear shredding death metal, but again do so with experienced aplomb.  Pete’s vocals are suitably aggressive and Gary’s double kick blastbeats are simply stunning, while the guitar harmonies are tightly woven and the bass darkly punishing.  Old favourites such as ‘The Forgotten Art Of Strangulation’ and the hugely atmospheric ‘Human Cull’ sit comfortably alongside new tracks ‘Den Of Iniquity’ and monstrous closer ‘Through A Black Lens’ in what is another confident display from Norn Iron’s only true death metal outfit. 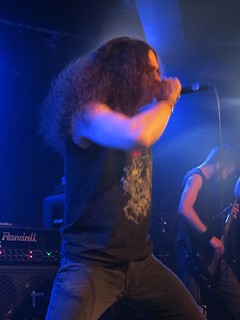 Donum Dei are young, lean, mean and hungry, and once again prove why they are perhaps the fastest rising metal band in these parts.  Their deep, broiling riffs whip up a storm, as Thomas growls and spits his vocals with furious intent, while Dean stalks the stage with his bass swinging low and angry, very much in the mode of the late Cliff Burton.  One of their set highlights, ‘Justice Fails’, sounds bigger every time it is played – and they even take the brave step of including an albeit brief drum solo. 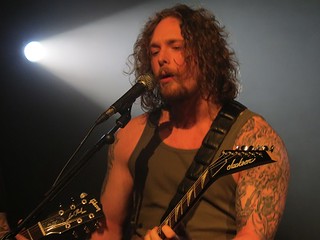 You can’t really fault Rule Of Six’s ambition:  how many bands do you know with four guitarists? However, for all this potential wankfestery, they are tight and solid, letting their Celtic-infused power metal do all the talking.  Surprisingly one of the most impressive performances is that of drummer Jack Luke, who is stunning, underpinning the four guitar vanguard with the solidity of a division of Spartan hoplites, yet supremely precise to boot.  Frontman Dave Briggs (who many PM readers will know from the mighty Waylander) displays a great sense of humour between songs, spinning copies of their new EP into the depths of the room, bantering with the sound man about many songs they have left and issuing instructions on how to fill in the voting slips!

At the end of the evening, Briggs’ humour and his bands technical precision make the biggest impact, with Rule Of Six topping the poll and progressing to the semi-final stage, along with Donum Dei, who edge Zombified into third place by a mere 1.5 per cent of the votes.

The next round of Bloodstock Metal 2 The Masses Northern Ireland takes place this coming Thursday, with Baleful Creed, Overoth, ProXist and Towers engaged in mortal combat for a place in the next round.  As ever, PlanetMosh – this time in the form of The Dark Queen – will be polishing up our armour and reporting from the frontline of this titanic fight to the death!