What better way to listen to a collection of great old guard songs played by someone who was there? Yeah, Ace is back. 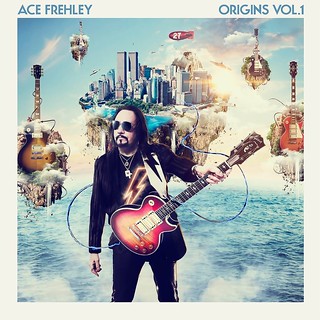 The Space Ace returns with his sixth post-KISS solo album. His first, but not last if the title’s anything to go by, album of cover versions.

No one would say Ace is the best guitarist out there but many, myself included, cite him as their favourite. He’s never been the most technically proficient player but his erratic and, at times, very inventive fretwork has won him a legion of fans over his forty odd year career. Case in point, the opening track ‘White Room’, a cover of the Cream classic, showcases his fine style with some great guitar work and his instantly recognisable vocals perfectly. A great version of a great song kicks the album off nicely.

Staying in British waters, track two sees The Rolling Stones ‘Street Fighting Man’ gets the Ace treatment. By no means a sloppy attempt but it does dip into pub cover band territory. The stories of Ace taking up roadie duties for Jimi Hendrix are not entirely true but it does add to the myth. As such, the inevitable Hendrix cover is a rousing version of ‘Spanish Castle Magic’. Ace sounds like he’s having a lot of fun with this one and there’s some frantic, one would imagine improvised, guitar work on the outro between Ace & guest guitarist John 5. A great effort and one I’d love to see him perform live.

A treat for KISS fans next as Paul Stanley turns in an unexpectedly low key vocal on Free’s ‘Fire & Water’. It’s good to hear him sing out of Starchild mode and keep it restrained instead of his usual high note theatrics. I’ve read a lot of interviews with Ace Frehley but don’t recall him ever mentioning Thin Lizzy so it came as a pleasant surprise to see Emerald included here, and it’s a cracking version. Long-time friend, and fellow worshipper at the altar of Gibson, Slash turns in some fine guitar work and although Ace’s vocals could never match Phil Lynott’s unique delivery it’s a fine effort none the less.

Seeing a Led Zeppelin song on the track listing was no big surprise but the choice of song certainly was. Instead of going for an obvious, well known track we’re treated to ‘Bring It On Home’ from Zep’s second album. And it’s a welcome choice. Some great trademark Ace string bending in this one and the vocals are top notch. There are no details of any guest vocalist but it doesn’t sound like Ace so whoever it is, good job. And then we take a nosedive into easily the worst track on the album, The Troggs ‘Wild Thing’ featuring Lita Ford. If the Stones track dipped its toes into pub rock territory then this dives in head first. Uninspiring and one that will no doubt be skipped on subsequent listens.

And so we move onto the first of three KISS covers, the mighty ‘Parasite’. Ace originally wrote this for Hotter Than Hell, the second KISS studio album, but passed on vocal duties the first time round. The song has been a staple of his live set for some years now and it shows on the vocal performance on this version, it’s raw and gutsy and fits the song superbly. Once again John 5 guests on guitar and when the extended solo takes off it really soars. Definitely an album highlight. Do we need yet another version of Born To Be Wild? We don’t, so thankfully we get a stomping version of Steppenwolf’s ‘Magic Carpet Ride’ instead. The scratchy rhythm guitar parts are custom made for Ace’s off the cuff style so this works really well. Another one I’d like to see played live.

Delving once again into the KISS back catalogue with the first song he wrote with that band, ‘Cold Gin’. Ace has been doing this song live since he left KISS so it’s no surprise that he included it here, he’s obviously very proud of it. He’s joined by Mike McReady of Pearl Jam for this version which has a tasty solo usually reserved for the live version. It’s a song we KISS fans have heard a million times, but we still love it. And it’s nice to have a studio version sung by the man who wrote it. The penultimate track on the album is the only song I’ve never heard before, The Kinks ‘Til The End Of The Day’. Not a bad song by any means but if a single were to be released from this album then this would only be fit for B-side status.

The last track is possibly the most surprising. The third KISS cover and the only one that Ace didn’t play guitar on the original, ‘Rock n’ Roll Hell’ from the Creatures Of The Night album. Ace was on the cover, featured in the I Love It Loud video and had a lead guitar credit but didn’t actually appear anywhere on the album. An odd choice, then, but better than going with the obvious route with ‘Shock Me’. I actually prefer this version, the vocals are more in your face than Gene’s deadpan delivery on the original. And any solo Ace plays is always going to be more listenable than anything Vinnie Vincent ever did so another bonus.

A great collection of songs with some nice surprises along the way, and I say that with no bias as a fan. I was disappointed with Ace’s last effort, Space Invader, and it pains me to say it as I was looking forward to it so much. Origins Vol. 1 is looking likely to be my go to album for the foreseeable future, and no one’s more pleased about that than me. Hopefully it won’t be a long wait for Vol. 2.

I just want to add that as the review copy I had was an MP3 I can’t really say much about the production. The drums will hopefully sound better on a physical release as they were a bit lacking on the version I listened to. I’ve got it pre-ordered on vinyl. What better way to listen to a collection of great old guard songs played by someone who was there? Yeah, Ace is back.

What better way to listen to a collection of great old guard songs played by someone who was there? Yeah, Ace is back.
Share

General Manager and 'THE' competition guy at planetmosh.com. Manager of The Goddanm Electric www.thegde.co.uk, Tour manager for Serpentine, and ex-general Dogsbody at Hammerfest.co.uk. Media partner to numerous bands. Also takes photos, writes reviews and likes classic rock, with a touch of thrash to get the blood flowing.
@https://twitter.com/shakeapawUK
Previous Matty James – The Road To No Town
Next KVELERTAK – Premiere New Video ‘1985’ 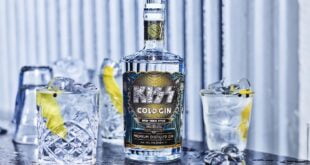 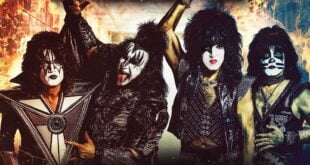 KISS – End Of The Road Tour – Announce European Dates For 2022 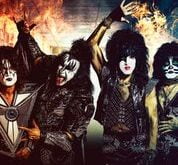