Ant May 4 May 2016 Press Release Comments Off on Nominations revealed for 2016 Kerrang! awards 866 Views

Kerrang! has unveiled their definitive shortlist of rock royalty and upstarts leading the charge for the Kerrang! Awards 2016 which takes place on June 9. London’s Troxy will once again host the legendary night of rock n roll pandemonium, with Justin Hawkins of The Darkness and Skindred’s Benji Webb leading the festivities. This year, for the first time, the Kerrang! Awards will be teaming up with Help Musicians UK (HMUK), the country’s leading music charity for a groundbreaking partnership.

Last year was the first year that fans were able to attend the ceremony; this year Kerrang! are taking it up a notch by combining the ceremony with a full scale live gig. British metalcore giants Asking Alexandria will be hitting the stage and kicking off the party in debauched style. With more special guests to be announced, the Kerrang! Awards will once again be the highlight of the rock and showbiz calendar. Tickets are on sale now and available from www.kerrangtickets.co.uk

Front runners Biffy Clyro have picked up two nominations this year. The Scottish rock powerhouse up are for Best British Band, but will have to fend off recent chart toppers Bring Me The Horizon, bonafide heavy metal legends Iron Maiden, the political post-hardcore pioneers Enter Shikari and Asking Alexandria. ‘The Biff’ also nabbed themselves a Best Event presented by Kerrang! TV nomination after their spectacular headline set at Edinburgh’s Hogmanay.

Best Event presented by Kerrang! TV is set to be a tough call; Guns N Roses shocked recently with the world’s most unlikely reunion which saw Slash, Axl Rose and Duff McKagen on stage for the first time in 23 years. Elsewhere, masked metallers Slipknot came out guns blazing, bringing their trademark explosive mayhem to Alexandra Palace. Surrey rockers You Me At Six get the nod for their benefit show to help with metal outfit The Ghost Inside’s medical fees after a horrific bus crash. Aussie pop-punkers Five Seconds Of Summer will be out representing for their ‘Sounds Live, Feels Live’ tour.

All Time Low get their second nomination of the night, with their hit single ‘Missing You’ up for Best Track presented by Kerrang! Radio. They’re up against the almighty Panic! At The Disco for ‘Emporer’s New Clothes’, Brighton’s biggest metalcore export Architects with ‘A Match Made In Heaven’, emo rockers Moose Blood’s ‘Honey,’ and Against The Current who are led by YouTuber turned rockstar Chrissy Costanza.

Best Live Band presented by Red Stripe is a truly international affair, with Japan’s teenage metal idols  and last year’s ‘Spirit Of Independence’ winners BabyMetal picking up a nomination after their huge Wembley Arena show. America gets a good showing with the chart topping Twenty One Pilots who impressed with their dynamic live show, alongside LA glam metallers Black Veil Brides who have consistently been on top of their game. Watford’s finest punks Frank Carter & The Rattle Snakes are representing for Ol Blighty with their frenetic live shows and Finnish symphonic metal superstars Nightwish who’re renowned for their epic performances.

Iron Maiden get a second nomination for Best Album presented by Zippp for their first full-length in five years ‘The Book Of Souls’, alongside No Devotion for their critically acclaimed debut album ‘Permanence’ and Wrexham pop-punk heroes Neck Deep – who’ve been gruellingly touring their album ‘Life’s Not Out To Get You’ world-wide. Back in the metal corner Asking Alexandria get their second nomination for their first album with new vocalist Denis Stoff ‘The Black’ and Baroness for their epic triumphant ‘Purple’.

Not ones to rest on their laurels, All Time Low are nominated in a second category for Best International Band presented by Fireball. They’ll go toe-to-toe with metal gods Metallica, alongside electro rockers PVRIS, Floridian rockers A Day To Remember and pop-punk veterans Fall Out Boy.

Kerrang! Editor James McMahon said: “This year’s Kerrang! Awards nominations are the definition of strong. All Killer, No Filler as our 2016 Kerrang! Tour headliners Sum 41 might say. There’s no category you look at and think, ‘yup, Guns N’ Roses are going to walk away with that…’, and I think that’s testament to just what a strong rock scene  – globally, and closer to home – we exist within right now. Normally when I have to write quotes for press releases like this, I say something like, “OMG, I’m so excited about the night!” but to be honest, I just feel a bit sad about it. It’s going to be a bloodbath. Many brilliant bands are going to go home disappointed. I might start drinking now. It goes without saying, mind, that Kerrang! Is very, very proud to be surrounded by as much talent as we have been at any point in our 35 year old history. But yeah, definitely starting drinking now…”

For the first time, Kerrang! is teaming up with Help Musicians UK (HMUK), the country’s leading music charity. Whilst HMUK is focused on helping musicians at every stage of their careers and lives, the charity will be launching its landmark #hearformusicians musician’s hearing campaign. As Chief Executive, Richard Robinson, explains: “If you’ve got a reputation for turning your amps up to ELEVEN, now’s the time to think about how your hearing is suffering and how best to protect it. Help Musicians UK is absolutely delighted to be at the Kerrang! Awards and we’ll be at the centre of the mayhem – but we might have a few slightly serious messages too. As the UK’s leading music charity we’re so pleased Kerrang! have let us in and you’ll hear more about us in the magazine in coming months.”

The Kerrang! Awards are always guaranteed to be the biggest party in town, and this year is no exception. With an incredible list of home grown acts, huge rock stars, and a live show for the very first time, this is set to be the biggest and best Kerrang! awards yet. Voting is now open here

You Me At Six – The Ghost Inside Benefit Show

Against The Current – Running With The Wild Things

Architects – A Match Made In Heaven

All Time Low – Missing You

Iron Maiden – The Book Of Souls

Neck Deep – Life’s Not Out To Get You

A Day To Remember

Bring Me The Horizon

Rise Of The Tomb Raider

The Wicked + The Divine

TWEETER OF THE YEAR

I spend half my life at gigs or festivals and the other half writing the reviews and editing photos, and somehow find time for a full time job too. Who needs sleep - I've got coffee.
Previous Abhorrent Decimation Announce ‘Miasmic Mutation’ Vinyl & New Mini-Tour
Next Opeth to Release Live Album ‘Lamentations’ on Vinyl for the First Time 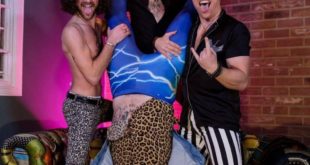 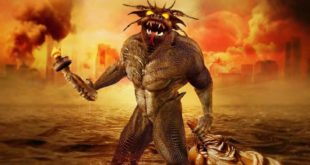 Flotsam And Jetsam – The End Of Chaos