One man making a big noise!

Leatherjacks, a new band to me but what a band, albeit a one man band founded in 2015 in Sao Paulo by Mauro Cordeiro. So he could be Brazil’s answer to Tom Scholz!  New album Extremely Dangerous is the follow up to the 2017 debut release The Lost Arks Of Rock And Roll, both of which see Mauro write, sing, produce and play all of the music!

It has a lot of interesting styles as opening track ‘Dejacked’ riffs along with the bravado of early Van Halen. It’s three minutes of catchy heavy metal but hard enough to keep the headbangers and air guitarists happy. ‘I Hate To Fall In Love’ is straight from the Sunset Strip in LA in the 1980’s. It’s a song to be played at full volume with the car windows down for this glorious glam rock glitterball. Strap yourselves in for the kick drum driven ‘Songs For The Strangest Ones’, backed by riffs that slash and burn with a fist clenching lead vocal.

The drumbeats in ‘Extremely Dangerous’ strangely had me singing “Living after midnight” to them. The verses are sung with menace but lighten up for the choruses. ‘Persona Non Grata’ is all punchy dynamics and instantly memorable choruses as it fires up to a stomping midsection. The sugar sweet choruses in ‘Taured’ rise up above the huge riffs, backed by haunting vocals. A gritty vocal adds menace to the heavy blues of ‘The Payback Bay’.

‘Spells And Zombies Through The Night’ is weird, but in a good way. It veers from heavy rock to indie passages and soothing choruses and it works! My album highlight comes from final number ‘A.O.R Boulevard’. It’s a Journey tinged masterclass of melodic rock. The vocals give a message of hope on a musical tapestry of synths, bubbling bass guitar lines, earworm riffs and laid back guitar solos. The album is available from Apple Music, Google Play Music and Spotify.

I Hate To Fall In Love.

Songs For The Strangest Ones.

Spells And Zombies Through The Night. 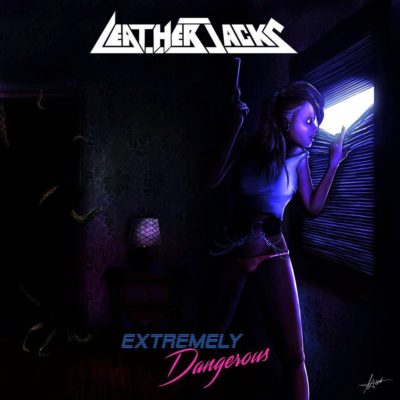