Tuesdays are always quite a tough night to fill an venue, and this was evident tonight as Rock City’s basement was still a bit sparse as local Nottingham band Enormity Falls take the stage. Opening acts have a rough time drawing a crowd but that mattered not to these lads as they pound skilfully through their 30 minute set. With vocal performances from three of the band members and guitar work mixing in ranges from metalcore to bordering on melodic Enormity Falls smashed it out the park, certainly one to keep an eye on.

Next up are local rising stars Emperor Chung, a band who have roots deep in the midlands metal scene. They draw members from Isolysis and Cradle of Filth, recently guitarist Danny has also been endorsed by Orange amplification. Initially hampered by a technical hiccup it wasn’t until the second track that the boys began to shine. And make up for it they did! With searing vocals and crunching guitars Chung made it clear exactly why they are a well-respected metal act both locally and nationwide. Despite the lack of room to move about onstage their set was brimming with energy and power, and felt so much shorter than the 30 minutes they played. Had this been a two band bill then it would have been well worth coming out, but we still had a headline act to come and the venue has started to see numbers swell in anticipation.

The moody intro for Kobra and the Lotus opens up as, encouraged by cheers from the crowd, the band members take to the stage. The lights come up and immediately guitars open up in unison with the heavy riffs leading into their 2014 album title track ‘High Priestess’. The atmosphere was brimming with expectation as Kobra strode onto the stage, dark cloak flowing behind her, to sing the opening lines of what was shaping up to be a top quality night of metal.

There may not be much space on the basement stage of Rock City, but the presence of a larger than life act such as Kobra and the Lotus makes it feel even smaller and more intimate. While Kobra Paige could easily dominate the small stage it is clear this is a band of five exceptional musicians. Alongside the powerful vocals of Kobra lead guitarist Jasio Kulakowski takes front stage with blazing fast fret work alongside the thundering riffs being delivered by Jake Dreyer. Throw a solid basslines from Brad Kennedy and thundering high energy drumming from Elias Bones, and you have all the ingredients needed for a perfect storm of female fronted power metal.

Over the next hour we are treated to no less than nine out of the ten songs from the new ‘High Priestess’ album, with the crowd favourites Nayana, Welcome to my Funeral and Forever One mixed into the main set. The band were belting out live music of an exceptional quality, but were clearly having a bloody good time doing it too. Kobra was leaning right over to the crowd barrier throughout the set, the band were moving about and playing with each other, it was impossible to miss the fact they were enjoying the show as much as we were.
In no time the main set had ended and the band left, but knowing that time was not on their side as curfew approached, they were back on the stage scant moments later for the well-deserved encore. Heartbeat was the first track which really prepared us for the final song of the night, 50 Shades of Evil. I honestly cannot imagine them ending a night on anything other than this power laden heavy metal masterpiece for many years to come.

I had been looking forward to tonight’s gig for some time and can wholeheartedly say Kobra and the Lotus were on top form. Their set was tight but fluid, the atmosphere and energy flowing between the band and the crowd was electrifying. The only disappointment was the main set being just an hour long – but what a memorable hour that was.

Welcome to my Funeral

Lost in the Shadows

I've been into rock, metal and alternative music for as long as I can remember, and it makes sense I combine a love of music with my photography. Music loving ale swilling coffee drinking petrolhead photographer, that's me.
Previous Win tickets to Slipknot in Dublin with PlanetMosh and MCD
Next Lich King Announce Signing With Evil EyE Records & New Do-Over EP Release 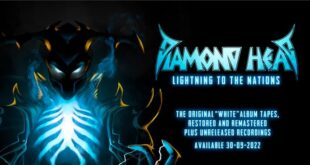 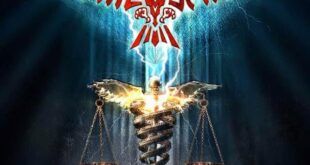 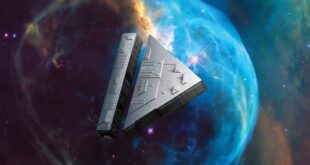