Ant May 14 April 2015 Album Reviews Comments Off on Kiske-Somerville – City of Heroes 1,506 Views

This is a great album from Michael Kiske and Amanda Somerville - in fact I've already ordered my copy.

Kiske-Somerville is the collaboration between former Helloween singer Michael Kiske (now with Unisonic) and Trillium singer Amanda Somerville.  Both singers have also worked with Avantasia as well as separately on various projects.  The pair released the album “Kiske/Somerville” back in 2010, and finally found time in their schedules to get together to work on a second album.  Finally five years after the first album was released, “City of heroes” is here.

My first reaction on listening to this was “Holy sh*t this is good”.  It’s a huge step up from the first album (which was already a very good album).  Right from the start it impresses – the music is great and of course you have two immensely talented singers.

The first track is “City of heroes” which has been released as a video – check it out below and I think you’ll see why I was immediately impressed.

The second song on the album is “Walk on water” which is the other song that has been released as a video..

Amanda Somerville’s beautiful clean vocals work really well with Michael Kiske’s distinctive vocals.  There’s a mix vocally – sometimes they’ll sing separately and alternate, and at other times, particularly for the choruses, both will sing together.  The results are fantastic.
It’s not just the vocals that are great – you’ve got great songs that are really well played so the music has a nice powerful and clear sound.  Most of the songwriting was done by Mat Sinner (Primal Fear, Sinner) and Magnus Karlsson (Starbreaker, Primal Fear) with Sander Gommans formerly of After Forever and Amanda Somerville writing “Breaking Neptune”.  The mix from Jacob Hansen is excellent work – everything is perfectly clear and you never feel that either music or vocals drowns out the others.

This is a great album – in fact I’ve already ordered my copy.

This is a great album from Michael Kiske and Amanda Somerville - in fact I've already ordered my copy.
Share

I spend half my life at gigs or festivals and the other half writing the reviews and editing photos, and somehow find time for a full time job too. Who needs sleep - I've got coffee.
Previous Slayer to headline Mayhem Festival tour
Next Forever Still – Interview with Maja Schønning – April 2015 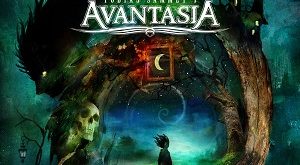