Iron Maiden – The Book Of Souls

The Book of Souls

Every time a new Iron Maiden album is released, it's the biggest event of the metal calendar. It's no different this time around. Eddie's back, and he's here to take your soul!

Since the turn of the millennium, everything Iron Maiden have done has been nothing short of awe-inspiring. If a band gets a second bite at the cherry of the success, it’s very rare for it to pay off, yet Maiden not only took that opportunity but also watched themselves grow ever larger than they were in the 80’s, to the point that 2010’s The Final Frontier topped the mainstream album charts in no less than 28 countries worldwide.

That said, 2015 has been one of the rockiest years in the band’s career. In an ideal world their sixteenth studio album The Book of Souls would have more than likely already been out for months and, if Dave Mustaine’s comments were anything to go by, they’d have commenced touring last month with Megadeth as support. But Bruce Dickinson’s diagnosis of cancer at the back end of 2014 launched a spanner in the works and meant that the good ship Maiden was, for the first time in a VERY long while, thrown into choppier waters. The metal world held its breath. Would he recover? Would the album ever see the light of day? Was this…the end?

Mercifully, Bruce got the all clear. Thankfully, as we found out, he recorded all his vocals before the diagnosis. And as of now, The Book of Souls is available for all of us to hear in its double-disc glory (a first for the band), once again produced by Kevin Shirley.

Now, you might think you know what to expect from Maiden nowadays with regards to new material. Prepare to be wrongfooted on every single level. Opener ‘If Eternity Should Fail’ begins with an Aztec-esque, psychedelic intro complete with Bruce singing over the top and sounding better than he has ever done since he came back in 1999. It’s unbelievable to think that he recorded everything before his diagnosis, because it really doesn’t show at all over the eleven tracks here; it’s an absolute masterclass from one of the world’s best frontmen. As for the rest of the song, it’s heavy, dark and with an infectious chorus just waiting to be screamed to the heavens at the live shows next year. By now, you will have all heard lead single ‘Speed of Light’, boasting probably the greatest Iron Maiden music video in history and driven by a synth-tinge guitar hook and Bruce’s famed, soaring vocals. As with ‘El Dorado’ on the last record though, it’s one of the lesser tracks on the album and a little metal-by-numbers, but when you consider how good it was still, that gives you an indication of what is to come.

Despite it being the longest album in the band’s history at 92 minutes, it really doesn’t seem it. Rather, the songs fly by in absolutely no time at all. Even more wonderfully, each one conjures up vivid imagery and incites the most personal of reactions. ‘Death or Glory’, about World War One triplanes, swoops and swerves as if you’re actually there watching the battle unfold in the skies and gives ‘Aces High’ a serious run for its money, whilst ‘Tears of a Clown’ is a highly-emotive anthem written about the late, great Robin Williams. “Tomorrow comes, tomorrow goes, but the cloud remains the same” sings Bruce during an absolute jerker of a chorus; it’s impossible not to reflect on life as Janick Gers’ solo rings out across the track. Speaking of Gers, the Three Amigos are on absolute fire, each trading leads and solos with utter conviction and poise. Adrian Smith comes to life on ‘When the River Runs Deep’, leading from the front with a superb hook that develops into a driving, metal juggernaut whilst Dave Murray is on hand to give us his own wizardry, particularly in ‘The Great Unknown’ and ‘Shadows of the Valley’ (the latter one of the many songs that alludes to the afterlife and the human soul). Elsewhere, Nicko McBrain drums with the energy and vigour of a man a third of his age and Steve Harris is as dynamic as ever with his basslines and command of the roots of each song. It’s a brilliant example of a collaborative effort, with every member other than McBrain gaining at least one writing credit as well and each one getting their moments in the spotlight across the record.

Most of all though, The Book Of Souls will be remembered for its epics. The thirteen-and-a-half minute ‘The Red and the Black’, the only track solely penned by Harris, opens and closes with an ominous bass solo and builds into that world-famous gallop that Maiden have crafted over the years. Sure, it contains a rather formulaic series of ‘woooooaaaahhhs’, but they’ll have you hooked and singing along within seconds. Closing the first disc is the sprawling title track that clocks in at just under ten-and-a-half minutes and has its foundations in a delicate acoustic guitar hook that brings back memories of ‘The Talisman’ from the previous album, and evolves into a prog-metal saga of the highest order, a truly brilliant way to bring the album to half time, as it were.

Standing tall above them all, however, is the magnificent, eighteen-minute odyssey of ‘Empire of the Clouds’, written by Dickinson about the R101 airline disaster of 1930. The longest and most adventurous track Maiden have ever recorded, it’s a mini rock opera that starts with a beautiful grand piano (composed by Dickinson) and strings intro, telling the events before the disaster itself. At the moment of impact, the band take over with guitars and drums playing out S.O.S in Morse Code before charging through the actual coming down of the airship to a delicate and stunning climax as Bruce laments its final resting place and rounds off the album in as perfect a fashion as you could wish for. Even for the most hardcore of Maiden fans, this is a song that will blow them clean out the water and make them stand back in complete awe.

On Christmas Day this year, Iron Maiden turns forty years old. The fact that its band members can still produce material of this quality, despite them all nearing retirement age, is utterly ridiculous. This isn’t just the best Maiden album to have been released since Bruce and Adrian rejoined the band, it’s the best Maiden album to come out in nearly thirty years. That’s not to say that everything post-Seventh Son of a Seventh Son has been substandard, more that The Book Of Souls is a cut above the rest. It’s really that good. Long live the undisputed kings of British heavy metal.

Every time a new Iron Maiden album is released, it's the biggest event of the metal calendar. It's no different this time around. Eddie's back, and he's here to take your soul!
Share

PlanetMosh's resident Iron Maiden fanboy and Mr. Babymetal. Also appreciates the music of Pink Floyd, Rammstein, Nightwish, Avenged Sevenfold, Slipknot and many others. Writing to continue to enjoy life away from the stresses of full-time employment.
@http://www.twitter.com/elliotleaver92
Previous GHOSTFEST announces Leeds and Bristol stage times!
Next Shattered Sun Join Second Leg Of “We Sold Our Souls To Metal” 2015 Tour 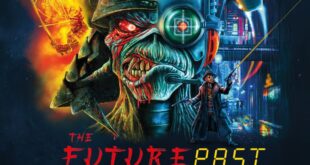 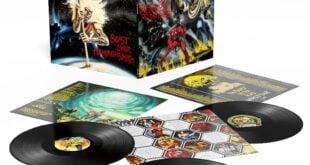 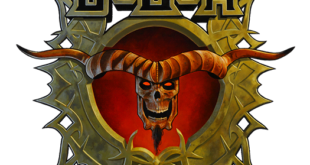