In This Moment – Ritual

album by:
In This Moment

In This Moment fans should expect the unexpected from the much awaited 6th album release 'Ritual' which will commence 21st July 2017.

Up for review today we have the long awaited upcoming 6th album release ‘Ritual’ from the incredible In This Moment. In March 2016, Maria and Chris commenced writing for what would become the new record with long time collaborator producer Kevin Churko (Five Finger Death Punch, Ozzy Osbourne). Maria visited Salem, MA for the very first time with all of the women in her family quite appropriately during Halloween and she fell in love with the beauty of Salem and of course the history it contains relating to its witches. In an atmosphere of candles, crystals, incense, and a cackling fireplace, they expanded their aural palette once again, welcoming a doom blues bombast into the sonic fold which has finally lead us to the long awaited ‘Ritual’.

We are firstly introduced by the very atmospheric and mostly instrumental track ‘Salvation’ which sets the scene for what can only be described as one of the best albums to grace my ears this year. The song is full of spiritual sounds creating the feeling that the listener is being taken on a journey along with ‘In This Moment’ to the exact spot where the ritual is about to commence, we are treated to the sound effects we fell in love with from the roots of the bands unique sound.

Up next we are graced with the latest single ‘Oh Lord’ which has a very different yet almost voodoo like blues feel, with the vocals creating a chant like motion throughout its entirety. The drum beat throughout this track is perfectly partnered with a very catchy melody making this a very addictive track almost instantly. This song in particular puts me in mind of ‘American Horror Story: My Roanoke Nightmare’ (a fantastic series full of visuals which would suit this album to a tee).

Onward to something very different in sound for the band with ‘Black Wedding’ which opens with just a pianist creating the imagery of a saloon bar of the old wild west with the vocals of Maria Brink and the legendary Rob Halford. This has one of the catchiest chorus’ from the album, the vocals partnered with the killer melody and build ups create a unique yet familiar sound, not to mention the insane breakdown in this song (it is my favorite so far).

‘In The Air Tonight’ takes us back to the emotive in ‘Salvation’ with the atmospheric sound introduction leading to the build up of classic lyrics we all know and love by Phil Collins. This version is completely stripped back, torn apart and one I would recommend giving a listen to as it most certainly is something to be very proud of as it enchants the listener in a way that only ‘In This Moment’ can.

Once again we are given yet another variance of intro when it comes to ‘Joan Of Arc’ this time around it is reminiscent to some tracks from the ‘Black Widow’ album. The bass line thundering through this track provided by the original and incredible faceless freak himself Mr Travis Johnson hits the listener like thunder forcing you to move your feet throughout. Let alone Maria’s vocals being stronger than ever on this hard hitting track which will soon become a favourite of many I am sure.

‘River Of Fire’ kicks off with the same echoes of ‘Oh Lord’s’ bass drum entrance accompanied by the lady her self’s vocals dominating the introduction however we are enchanted with the heavy bass and guitar riffs piercing through this track making it yet another strong song from the album. Once again this has a very strong breakdown which manages to portray elements of the classic ‘Adrenalize’ helping to build the chorus into something quite magical.

A preacher seems to be the introduction to the ‘Witching Hour’ providing a slight background into witches and how in the past the damning wanted them all to burn. This is a very upbeat song providing yet another element to this album making it unique in comparison to anything In This Moment have done to date so far. It seems through this song in particular the band have found a way of evolving yet keeping their roots firmly grounded making this a very strong piece of music for fans to listen to, this one will particularly please fans of The Birthday Massacre, Rob Zombie and Motionless In White.

‘Twin Flames’ takes the listener further into the evolution of sound provided throughout the album, it still has the enchanting vocals we all love from Maria Brink but it also contains elements not shown in any other album released by the band so far. Another atmospheric song providing seductive imagery for the listener as they embark on a journey with the band into the flames and rising like a phoenix for the chorus and progression in the music provided by everyone involved within this track.

Up next is the current tour title song ‘Half God Half Devil’ which kicks in rather bass heavy providing an extremely strong start for a fan like myself. Within the first minute of this song it has everything a fan needs from Maria’s vocals, the strength partnered perfectly with the vulnerability suits this track down to a tee. The almighty Kent Diimel makes the drums shake throughout this track in a way no one else can, partnered perfectly with both Randy and Chris killing the guitar work throughout providing the melody of a demon making love to an angel, purely enchanting.

Overall the ‘Ritual’ conjures up a feeling of organic evolution of style and even performance as shown in the released music video for ‘Oh Lord’. I would have to say that ‘Half God Half Devil’ is my personal favourite track from the album however I can easily see this changing the more I listen to the album in its entirety as it’s a form of art which transforms the more in depth you fall. In This Moment fans should expect the unexpected from the much awaited 6th album release ‘Ritual’ which will commence 21st July 2017. 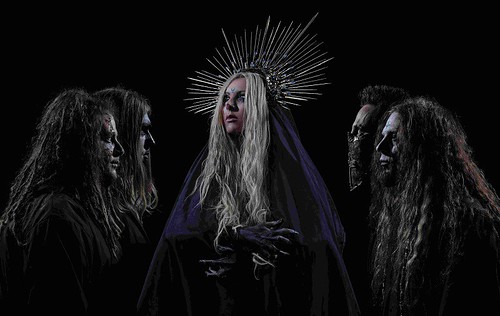 In This Moment fans should expect the unexpected from the much awaited 6th album release 'Ritual' which will commence 21st July 2017.
Share 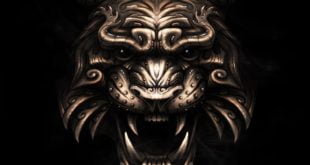 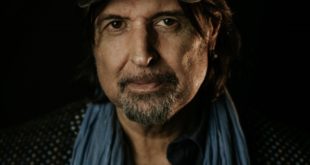 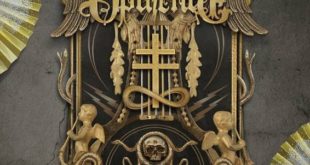