In Archives were formed in 2010 from the ashes of two well known local bands. After recording their debut EP ‘Traitors’ at Core Studio (heart of a coward, pay no respect) the band have built a name for themselves and are expanding their fan base at a rapid rate as they storm stages nationally.

In Archives present an epic blend of heavy breakdowns and melodic chorus’ along side an energetic stage show that will leave minds spinning. The band have had the pleasure of sharing stages with many of the UK’s rising stars such as While She Sleeps, Heart Of A Coward, Heart In Hand, Ruins of Earth, Feed The Rhino, Giants and more!

Opening track “Alone” lulls you into a false sense of security with its classical inspired piano medley before “Embrace The Tide” grabs you round the throat as the crunching guitar riffs and crushing vocals kick in, pummelling you into submission with a series of brutal breakdowns then plying you with a false sense of hope with an almost melodic chorus before the brutality continues.

“The Oncoming Seasons” and “Lost At Sea” continues the brutal, relentless audio onslaught with crashing vocals dominating the brutal breakdowns.

“Traitors” ends the ep in a pure out and out hardcore beatdown style with crushing vocals overlaid over brutal as fuck breakdowns.

The Highlight of this brutal e.p is “Traitors” closely followed by the epic “Embrace The Tide”. 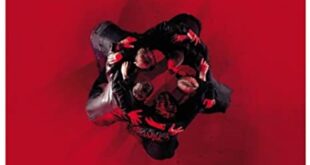 Embrace announce live performance of 2004 album ‘Out Of Nothing’ 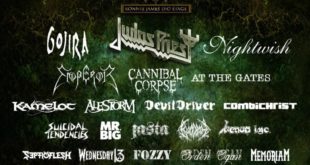