Completely acoustic, each song stripped back to the barest bones.

Goodbye Enough Z’Nuff is the new album from former Enuff Z’Nuff singer/songwriter Donnie Vie.  The band was formed in Blue Island, Illinois in 1984 and Vie was a key member until he went part time in 2002, stopping touring with the band but continuing to write and record with them.

This is a live album, recorded by Lewis John and Baz Francis over three gigs in Wales and England on 2013’s Magical History Tour.  It’s completely acoustic, each song stripped back to the barest bones.  Vie sings, plays acoustic guitar and occasional piano, and is joined on four of the fourteen songs by Baz Francis on backing vocals.  There’s no doubt that this kind of live performance is a great way for a singer/songwriter to showcase their abilities, with nothing else to distract it really is all about Vie’s performance.  He has decades of experience and is certainly a good singer, and has a massive back catalogue with Enuff Z’Nuff, much of which can be heard here.  His voice is showcased best on If I Can’t Have You, the acoustic sound bringing the emotion in his voice to the fore.

However, I’m not sure it works as an album.  For a live album to succeed the atmosphere of the show has to come across and here it’s sadly lacking.  Vie says only a few words to the crowd throughout the whole album and doesn’t seem to form any kind of rapport with them.  Other than polite applause after each track there’s no audience participation, no hint of anyone singing along at all.  In fact, at times it’s hard to believe there was anybody there!  This may just be the way the record has been mixed, cutting three shows together and fitting in fourteen tracks may not have left much room for crowd participation, but it really detracts from the whole live experience the album is meant to portray.

The album is accompanied by a DVD which features Donnie performing and talking about many of his songs, as well as music videos for each song.  A live studio album called All In is due for release later in 2014 on Livewire/Cargo Records.  For anyone wishing to get to know Donnie Vie, I’d recommend waiting for that, this release is probably best suited to hardcore fans.

10)There Goes My Heart

Completely acoustic, each song stripped back to the barest bones.
Share

Photographer, lover of books and movies. Can normally be found walking the dog in the rain.
Previous LOST SOCIETY: Release ‘Terror Hungry’ in the UK
Next Voyager to return to UK/Europe in October; Lyric video to new single ‘Breaking Down’ 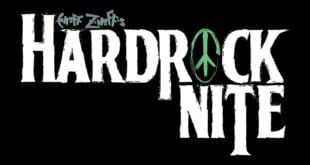 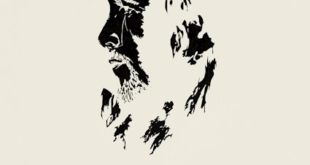