They will be joined by HANG THE BASTARD – who will play their final show at the event – HARK,  VENOM PRISON, EMPLOYED TO SERVE, MITHRAS, and the INFERNAL SEA.

And showcasing some of the UK’s finest emerging bands, from power-violence to post rock, GETS WORSE, DIALECTS, SVALBARD, DARKHER and KROHcomplete the four-stage line-up.

The final additions bolster Damnation Festival’s most ambitious bill to date, with Electric Wizard, Abbath and Cult of Luna featuring Julie Christmas all performing exclusive headline sets on the Jagermeister Stage while Enslaved celebrate 25 years with a closing performance on the Terrorizer Stage.

Elsewhere, Ufomammut will headline the Eyesore Merch Stage and Akercocke, Black Tusk, Bossk and Ne Obliviscaris highlight the depth and diversity of the 12th Damnation Festival, which will take place on Saturday, November 5, at Leeds University Union.

After choosing the event to bring down the curtain on the band, Hang The Bastard said:
“After nearly 10 years, thousands of miles and millions of beers, the time has come to end what has been an amazing journey into the world of heaviness.

“We, Hang the Bastard, are thrilled to announce our last show will be at this year’s Damnation Festival. 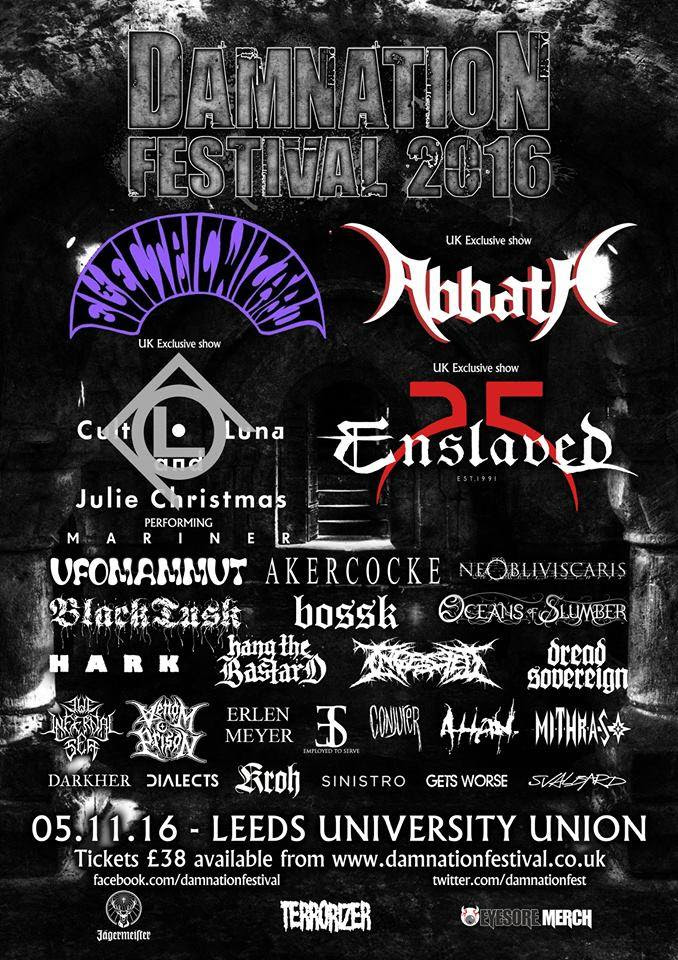 “Having played before with a mixed line up due to injuries we will play full strength a heavy set to wave good bye for good.”

Festival director Gavin McInally said: “When you regularly see gigs priced at £30, £40 or even £50 a ticket these days, it’s been a minor miracle booking Electric Wizard, Abbath, Cult of Luna and Enslaved, backed by the solid cast of bands below them, for a £38 ticket, but we were confident that if we could make the bill we wanted happen, fans would once again turn out in force to support us.

“With more than half of the tickets gone already and our best sales always in the final weeks, it’s all pointing towards another sell-out and another massively successful Damnation Festival.”

He added: “These final band deliver the very best in death, doom, black, hardcore, sludge and post-rock the UK has to offer and it’s a privilege to give these acts a suitable stage to showcase their talents.”

General Manager and 'THE' competition guy at planetmosh.com. Manager of The Goddanm Electric www.thegde.co.uk, Tour manager for Serpentine, and ex-general Dogsbody at Hammerfest.co.uk. Media partner to numerous bands. Also takes photos, writes reviews and likes classic rock, with a touch of thrash to get the blood flowing.
@https://twitter.com/shakeapawUK
Previous July Talk reveal video for the new single ‘Beck + Call’
Next Todd Rundgren – An Evening with Todd Rundgren, Live at the Ridgefield 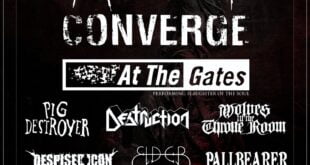