Post-Grunge rockers COASTAL FIRE DEPT. just keep on rising. The UK dirty rock crew have recently dropped their magnificent new single, What Do I, via L’islet Records – https://youtu.be/Qd1lM8P-9-0 . We grilled the guys to get to know more about their background and more:

Ollie and Bobby are from the Vale Guernsey and have a shared love of alt rock and grunge. They formed the band in 2013, whilst out drinking in the Vale area one night

The band have been through a number of line-up changes and following a recent change in 2021, have taken live performance and recorded music to another level.

From Guernsey Ollie saw the French Coast lit up (All Red) one evening and wondered if the coast was on fire and if they had a fire department to deal with it. When he checked it out there was no such thing as a coastal fire dept.

Where have you played or toured?

We have played in Guernsey and at Chaos Festival (large biker and music festival) on the main stage, and many local gigs. A London gig is lined up at the Hope and Anchor in Nov 21, and we have been asked to play other gigs in Canada, UK and USA, but current lockdown has delayed these plans.

We take 90’s Alt Rock and Grunge as a basis for our music and sprinkle later influences and genres into our songs to give them a modern twist. No matter how dirty or grungy we play the music we always try and have a catchy chorus.

A throwback to the heady days of 90’s Alt Rock and Grunge guitar bands with a modern twist and other influences thrown in from time to time; big driving melodic guitars with catchy choruses that stick in your head.

Coastal Fire Dept are back with a blistering cover version! 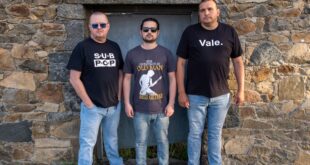 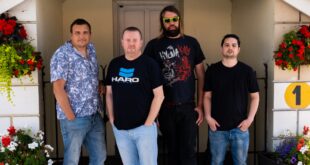