Music wise, 2019 was my favourite Bloodstock Open Air Festival I’ve attended in the last eleven years, weather wise it was the worst as mother nature tested the mettle of the metalheads but came out in second place to a packed out Catton Hall in Alrewas, Walton-On-Trent.

First band of the day on the New Blood Stage was Xero, formed in Newcastle Upon Tyne who got full marks from me and definitely not a zero! Fronted by the vocal tour de force Steff, they opened with ‘PODHA’, all early Will Haven like grooves with an unhinged vocal. Other highlights came from the soothing howls and rumbling rhythms to ‘Left To Wreck’, the Human Waste Project like angst and off kilter grooves in ‘9 of 8’ and the hypnotic main riff and ground shaking instrumental midsection for ‘Come Home’. A mad dash to our first visit of the day to the Sophie Lancaster Stage saw the deathly clatter of Zealot Cult. If any band could be chosen to whip up the threatening storms, set opener ‘Left To Rot’ could of caused a deluge after the first blast beat. Other high points were ‘Repent In Hell’ as the blast beats hit new levels of ferocity, backed by twin guitar, skin flaying riffing. Seismic waves came from ‘Sea Of Suffering’ and one last brutal assault came from the snarling at the leash attack of ‘Karmenian Crypt’.

First of the big hitters of the day on the Ronnie James Dio Stage saw thrash metal veterans Xentrix play to a huge main arena crowd at 11.45! Formed back in 1984 with two original members remaining, Kristian Havard on guitar and Dennis Gasser on drums, their seven song set was a mix of old and new. Three from debut album Shattered Existence. ‘Balance Of Power’ was a captivating chugger backed by a loud crowd vocal. An intense lengthy intro to ‘Crimes’ saw it shift into riff overload and set closer ‘No Compromise’ was aptly titled due to its full on delivery. Three from new album Bury The Pain saw the title track open their set with no frills, skull crushing riffs. ‘There Will Be No Consequences’ was a gnarly headbanger that hit the accelerator midway and the full on ‘The Red Mist Descends’ shows they still have fire in their veins. Set highlight for me had to be the stone cold classic ‘For Whose Advantage’!

On the Sophie Lancaster stage, Control the storm decided to demonstrate that pyro isn’t just reserved for the big bands on the main stage as they did their best to barbeque the photographers and security staff with flames and pyro throughout their set. I’ve been a fan of the band for several years and with the current lineup they seem better than ever and put in a great set.

Midnight Prophecy like to write long songs, very long songs as they managed to squeeze four stone cold power metal epics in their allotted thirty minutes. My notes were short as I just wanted to just switch off and lap it all up. ‘Obsidian’ was a thrill ride opener and as vocalist Craig Cairns hit his stride during ‘Roanoke’ you wonder where such a voice comes from such a small frame. ‘Seas Of Eternity’ was a monstrous metal maelstrom with instrumental passages that defied belief but set highlight was ‘The Ridge’. Mighty crowd “Woah oh oh’s” were impressive but what got my attention was the loud cheers when Craig hit the high notes in it! I had to look over my shoulder to see what I was hearing from the full tent. A set clash meant missing the opening track by Def Con One but the five that followed showed that they are still a force to be reckoned with in a packed out Sophie Lancaster Stage. ‘Ten Bullets’ was a statement of intent bruiser with a raging lead vocal from Danny Hagar Jnr and rib rattling drums from Antton Lant. ‘225’ opened up the first of many circle pits throughout the set as the pace dropped for the heavy doom of ‘In Death’. ‘Martyr To The New Blood’ was a drum driven turbocharger and only one song could have closed their set, the truly insane ‘Warface’. Job done and it’s great to see these guys back on the road again.

Old school thrash band Death Angel continue the great lineup on main stage. I still remember being blown away by “The Ultra-violence” way back in 1987. They don’t come to the UK anywhere near enough so it’s great to see them back at Bloodstock (last time was 2013). It’s a great set and fans both young and old looked to be enjoying it.

Another annoying set clash saw us missing half of legendary thrash metal band Metal Church. Formed in Washington way back in 1980 by guitarist Kurdt Vanderhoof, ‘Start The Fire’ was gripping thrash of biting riffs and high pitched vocals from Mike Howe that cut through the high winds whipping around the Ronnie James Dio Stage, as did the huge ‘Fake Healer’ but my set pleaser was ‘Start The Fire’ from their 1984 self titled debut album. Things now got heavier, a lot heavier as Damnation’s Hammer literally hammered their full on set with Thor sized blows! They relied mainly on current album Unseen Planets, Deadly Spheres as frontman Tim Preston had a look of determination as they strode into pummeling opener ‘Temple Of The Descending Gods’, another band that like to draw you into long songs. ‘Disciples Of The Hex’ was a doom laden epic from the debut album of the same name and other set highlights were the hypnotic vocals and razor sharp riffing for ‘Wolves Of Aquarius’ and garnered loud applause after crushing us with set closer ‘Hammers Of War’.

I like Children of bodom but this was a slightly disappointing set to be honest. Yes it was technically very good but it just felt like it was lacking in excitement unfortunately.

Senses were given a good testing by MARW on the New Blood Stage as they brought to mind a UK version of Ghost Bath. A five song set seemed to be one long piece of music as communication was minimal as their wall of undulating death metal was backed by unintelligible vocal howls and growls. The Merseyside M2TM heat winners describe themselves as a “North West blackened atmospheric noise”. They were a very challenging but a very rewarding listen at Bloodstock! On the same stage saw Widows hit hard and heavy with the barking mad bark of set opener ‘Kiss Of Failure’ and that momentum carried through to other choice cuts of the stoner vibe that headed into a full on freak out to ‘PS.Worry’. Guitars and bass locked in for tectonic plate shifting grooves during ‘Heresy And Venom’. A hardcore rant funked up midway to a psychotic vocal outro for ‘Caffeine And Hatred’ but my set fave was the unsettling delivery of ‘Oh Deer God’. Worst set clash of the day came from missing half of the set by Sulpher but the four songs we saw were incendiary! Fronted by the ball of energy that was Rob Holliday, ‘Follow You Down’ was a heads down industrial throb with curveball touches of ambience. ‘Take A Long Hard Look’ had the menace of early Godflesh and ‘Scarred’ burst from the Sophie Lancaster Stage with a spine tingling, cathartic delivery followed by the short, sharp rant of ‘Spray’ and they ended on an over the top cover of ‘The Beautiful People’.

Musically Tesseract aren’t a band I’d usually pick, but there’s no questioning their musical ability and their ability to entertain a crowd. It’s one of the things I love about Bloodstock – the fact that they try and pick bands that appeal to all sorts of different tastes, and if there’s a band you aren’t bothered by on the main stage then the chances are there will be completely different styles of bands playing on the other two stages.

My surprise band of the day came from following band ‘Countless Skies’. They were recommended to me about an hour before they played and what a recommendation! Describing themselves as “Epic and sombre metal”, they hit the nail right on the head as set opener ‘Isolate’ was melodeath at its finest as intricate guitar lines and a vitriolic vocal got the loudest crowd response of the day. Their six song set saw ‘Daybreak’ speed along on lead guitar virtuosity, a kick drum driven midsection and an operatic backing vocal from bass guitarist James Pratt, a truly astonishing voice! ‘Moon’ captivated with lengthy prog rock passages and they tore along with full throttle grooves for the aptly titled ‘Incendium’. They ended on two songs, both dedicated to friends who had passed away. ‘Ethereal’, an epic of multiple time changes “For James” and just as spellbinding was the mindblowing ‘Tempest’, “For Danny”.

Powerwolf were one of the highlights of the day for me. I’ve seen them several times but this is the first where they’ve been able to bring a full stage set and have enough space to use pyro, so we get plenty of flames during their set including the singer bringing out two oversized pistol flamethrowers at one point. Musically it’s great power metal and for power metal fans I think they gave Sabaton a real run for their money. Powerwolf have the music and the stage show to be a headliner here in a few years time.

Now what band could possibly follow Raging Speedhorn today? Certainly not Ronnie James Dio Stage headliners Sabaton for me as the Sophie Lancaster Stage sounded like the loudest bar room brawl you’ve ever heard. Raging Speedhorn ruled for an hour that flew by way too soon from the bullish opener of ‘How Much Can A Man Take’ to the aural fisticuffs of set closer ‘Ten Of Swords’. I’d be surprised if vocalists Frank Regan and Dan Cook could barely whisper, let alone speak after their lung busting rants. Dans frequent forays into the crowd kept the intensity levels up, along with the steady stream of crowd surfers. From our spot on the barrier, they were deafening and there were many highlights but mine was the double whammy of ‘Thumper’ and ‘Fuck The Voodooman’. One of the most intense sets I saw all weekend!

As said earlier, Sabaton would have had to pull out all the stops for me as we made our way towards the Ronnie James Dio Stage for their headline spot. Production wise, their tank stage prop which supported the drum kit was very impressive as was their cloud singeing pyro when they tore into set opener ‘Ghost Division’ and ‘Great War’ (one of four played from latest album The Great War) kept the intensity up but my attention started to waver. The band were on the top of their game, especially the ball of energy lead singer Joakim Broden but by halfway through the set it all got a bit steadfast. A full arena was going nuts for them so they are doing something right and Sabaton thoroughly deserved their headline spot since I last saw them here lower down the bill in 2013.

Unlike Dennis I really enjoyed the Sabaton set. Visually they’d pulled out all the stops with a low sandbag wall at the front of the stage (no barbed wire topping it like they did at Wacken though as apparently that was a safety hazard), a tank as the drum riser, and enough pyro to keep everyone in the first 30 rows nice and warm all night.
Musically they’re in good form and give us a set that’s a good mix of fan favourites such as “Ghost division”, “Carolus Rex” and “Primo victoria” and songs from the new album, “The great war”. Last time they played Blodstock they sub-headlined and Trivium just couldn’t follow them, and tonight they put in a fine performance that shows they’re a worth Bloodstock headliner. 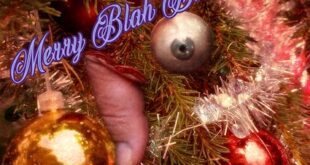 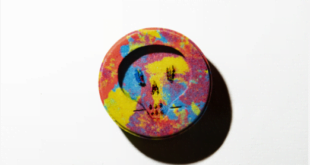 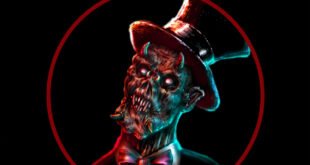