Adrenaline Rush Influences draw from the glam bands of the 80 and the resurgence of sleaze rock that is happening today to create some classic sounding melodies. A great debut album from this new Sewdish band.

Adrenaline Rush are a five piece rock band from Sweden. Fronted by Tave Wanning the members have been handpicked from bands in the Stockholm area to bring different backgrounds and influences to the band, making it what it is today.

The intro to the self titled album starts as a relaxing Celtic number which hints at the northern roots of the band, but don’t be fooled as it opens into the first track, Black n’ Blue. Introducing me to Adrenaline Rush I’m given a few bars of lead and rhythm guitar  that feels like it was born in 89′ and has been maturing ever since. After just long enough to get a feel for the music direction Tave opens up with her vocals, which suit the sound down to its roots.

The band describe the album as live orientated music, and it’s easy to see why. Influences draw from the glam bands of the 80’s combined with resurgence of sleaze rock that is happening today to create some classic sounding melodies that you can’t help but imagine being played live and raw.

There are 11 good tracks on this debut album, but as always some are worthy of individual mention. ‘Change’ is the second track on album (also released with a video on YouTube), opening with big drums and simple but classy riffs this drew me into the album much more than the opener. This is followed straight up by ‘Generation Left Behind’ which, with its anthemic riffs and a strong bass groove, I had a hard time sitting still to. ‘No No No’ for a split second reminded me of ‘Kickstart my Heart’ by glam legends Motley Crue and indeed the track has Crue influences throughout while still feeling original.

It’s true that Adrenaline Rush seem to have clear influences from a lot of hard rock bands before them, it still feels like they have created something original in a fairly crowded genre. The vocals from Tave are well polished but still serve up a good helping of grit akin to Joan Jett at times. Guitar work comes across as classy and fairly uncomplicated at first but in between the big stadium worthy riffs there are intricate hooks shining through. A testament not only to the standard of musicians in the band, but to the production quality of the album overall.

Appearing out of seemingly nowhere, Adrenaline Rush have released a top notch melodic/sleaze rock album that has taken me by completely surprise. The album is available to buy in the UK on the 25th August, if you are still not sure watch the video for ‘Change’ below to help make your mind up.

Adrenaline Rush Influences draw from the glam bands of the 80 and the resurgence of sleaze rock that is happening today to create some classic sounding melodies. A great debut album from this new Sewdish band.
Share

I've been into rock, metal and alternative music for as long as I can remember, and it makes sense I combine a love of music with my photography. Music loving ale swilling coffee drinking petrolhead photographer, that's me.
Previous Bury Tomorrow – Runes
Next COHEED AND CAMBRIA announce vinyl reissue of ‘In Keeping Secrets Of Silent Earth: 3’ 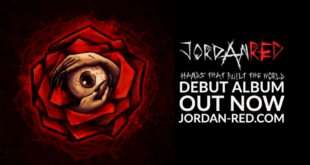 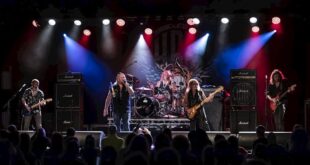