A great album from the German metal legends.

Blind Rage is the third album to be released by Accept in the five years since they reformed in 2009 with Mark Tornillo replacing Udo Dirkschneider on vocals. As with “Blood of our nations” and “Stalingrad” it’s been produced by Sabbat/Hell guitarist, Andy Sneap.
With most bands that have been around as long as Accept you pretty much know what to expect from a new album – it’s unlikely to be a radical change of direction musically, so if you’re expecting more classic German metal on the new album then you’re dead right.  Wolf Hoffman and Herman Frank on guitar are one of the key parts of the Accept sound, and both are in top form here.
Mark Tornillo’s vocals are great – he proves once again that he’s the perfect choice to replace Udo.  Yes I realise some fans will always prefer Udo’s vocals but since the chances of himn rejoining Accept are pretty non-existent then fans have to accept that Mark Tornillo is the band’s singer.  His voice has plenty of power and it’s got a similarly gritty tone to Udo’s so even when doing the old songs he does a great job.  This album sees some of his best work yet with Accept.
The album kicks ranges from hard heavy and fast songs such as the opener “Stampede” where Tornillo’s vocals are more screams than singing to slower songs such as “Fall of the empire” where he sings more than screams.  The group vocals for the chorus on songs such as “Fall of the empire” work well too.
“Trail of tears” sees Stefan Schwarzmann putting in some fast drumming – it’s a song I suspect he’d want to play in the early part of a live show rather than near the end.

“Wanna be free” has a deceptively gentle opening before the chugging guitars fade in and then the drums and you’re in to a mid-paced song.  With a great tune, strong chorus and lyrics covering topics such as human trafficking and people wanting to be free it’s a great song – one of my favourites on the album.

Almost 40 years after they started, Accept are still making great music, and their fans are bound to love this album – in fact I’d rate it as better than their last album, Stalingrad.
Fans should definitely go for the limted edition version if they can – it’s not much more expensive than the basic album but includes a full concert on Blu-Ray or DVD making it great value.

A great album from the German metal legends.
Share

I spend half my life at gigs or festivals and the other half writing the reviews and editing photos, and somehow find time for a full time job too. Who needs sleep - I've got coffee.
Previous STARKILL post studio footage, new album out October 14
Next Spunk Volcano and The Eruptions – Injection 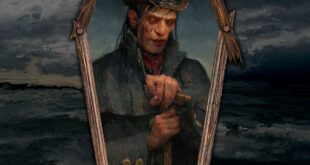 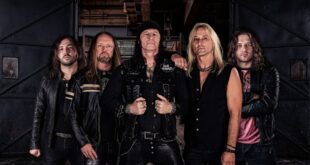