The genre of Female Fronted Metal has grown and grown over recent years, some bands achieving International acclaim, others sinking without trace. Not many however can genuinely lay claim to the tag of ’unique’, 69 Chambers sure can though, being the embodiment of uniqueness is something that sits very well indeed with this band.
‘Torque’ is the follow up to the debut release ’War On The Inside’ (2009) and their first since signing to Massacre Records, an album which see’s the band return to a three piece since the departure late last year of bassist Maddy and therefore ushering vocalist Nina to undertake bass duties as well as singing.

The result my friends is an absolute stormer, an album so epic that it must surely be the genres best of the year by a country mile.
Nina’s vocal is crammed full of emotion and energy that is a pleasure to behold, a vocal style that has been described as ’Tori Amos goes Metal’ and ’Alanis Morissette with balls’, and I can quite easily see why, no warbling here, just raw passion which is incredibly infectious.
Album opener ’Cause And Effect’ sets the tone perfectly, a real catchy, ballsy sing a long number and featuring Chrigel Glanzmann of Eluveitie fame on vocals. On from that it’s pretty much relentless, stand outs being the wonderful ’Naughty Naughty Naughty’, ’Burn Some Gasoline’ and the jaw dropping ’And Then There Was Silence’. The pace only dropping for album closer, the piano laden and emotionally charged ‘Elegy’.
This album will surely catapult the band to the very top of the tree where they will stay for a long time to come.

Out now via Massacre Records.

Rock/Metal junkie living in beautiful Anglesey.Love live music and have a musical taste which can go from Cannibal Corpse to Kate Bush in the blink of an eye.
@https://twitter.com/simonbower3
Previous Violet – ‘The Brightside’ EP
Next Deathtale – Apocalyptic Deadline. 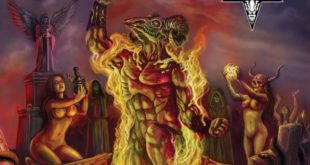 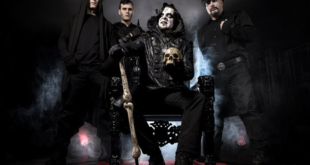